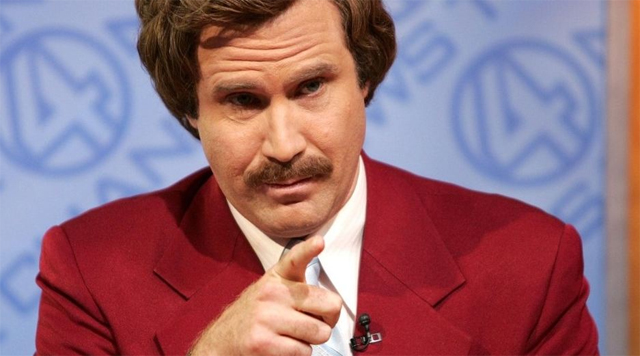 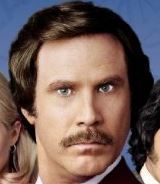 “Veronica and I are trying this new fad called “jogging”, I believe its “jogging” or “yogging” it may be with a soft ‘J’ I am not sure, apparently you just run for an extended period of time … it’s supposed to be wild.”  Ron Burgundy – Anchorman Channel 4 News

It’s an odd thing but I have heard and read on a few different occasions when people have said “he’s not a jogger he’s a runner”.

A guy I know asked me how fast I ran and after I told him and he said “oh, you’re jogging then…”

What if I run at the speed you jog?  What then?  Have you seen these legs?

Have you ever heard someone tell their kid “don’t run with scissors … oh wait, your jogging … go ahead.”  I think I might prank call someone and ask them “Is your refrigerator jogging?”

My wife said something funny the other day, “I didn’t know a runner could look like you”.  Zing!  Thanks Honey!  She explained while laughing how impressed she was with my accomplishments yet still haul around my extra poundage.  I feel better now!  At least she didn’t call me a Jogger.

But is there a great debate?  I did a web search and found some conflicting/confusing information and it returned a bunch of different criteria:

“Running, on the other hand (vs. Jogging), is done at a faster pace. A mile is typically completed in 8 minutes or less … Runners often maintain that same fast pace throughout a running event. They don’t slow down and they don’t quit unless they’ve injured themselves.”  Hmmm … sounds like the jogger camp thinks that runners are a little psycho … no comment.

“Joggers have more of a bouncy movement when they move, while runners have a steady rhythm that includes longer steps and faster arm swing”

Well I think that clears it up perfectly!  The only thing that is more confusing to me is when serious ‘runners’ get mad if they are referenced as ‘joggers’.

Here are some reasons I may be a ‘real’ runner: 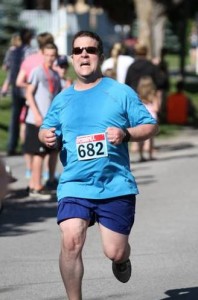 It doesn’t really matter I suppose.  I run faster than some, slower than most and long enough to make a lot of people think I am crazy.

In the end … you be the judge … is this the face of a jogger?

I hope this article has helped muddy the waters and fueled the debate.