They say you learn from your mistakes and so have I. I bought the New Balance Fuel Cell Propel at

Being my first year on the running free team, I was really excited to invest in high quality running shoes

The Brooks Transcend 3 is not only one good looking shoe – it delivers, comfort, style, support, engineering a and

Hi friends, This year I was fortunate enough to win a free pair of shoes from Brooks in our team

November 12, 2018 No Comments on Hoka One One Challenger ATR 3 Women’s Trail Running Shoe

I started running in the Hoka One One Challenger ATR while training for my first ultra almost two years ago;

I was fortunate enough to win the Brooks credit in the 2018 Lottery. As somebody that is relatively new to

October 30, 2017 No Comments on Superfeet Outside Sandals

Superfeet Outside 2 Sandals were my first expensive high-end sandals. I got it before the summer and wore it for

Let’s start with the visual appeal. I love the look of this shoe. I am usually all for pink anyway,

November 30, 2016 No Comments on Brooks Adrenaline

I’ve been running for 5 years and have tried a variety of shoes – light weight neutral, cushioning and stability. 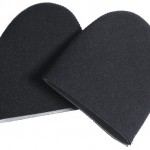 These are a great, a must-have for any outdoor enthusiast!   I sent my hubby to the Running Free Store in

For You Kinvara Fans

I LOVE my trail shoes!  These shoes (and other subsequent versions) have carried me through many ultra races and, most

I picked up these shoes in July and started running in them in mid August.  I can honestly say they