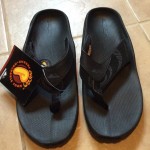 I was fortunate enough to be gifted a certificate from Montrail through the Running Free Lottery in 2014.  I chose 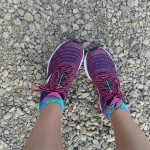 I have run in Mizunos for most of the years I can remember. I like the feel. I have what

The technical:   neutral and cushioned trail running shoe (same as regular Bajada) designed with traction for superior off road

Intro I spent several years (2010-2012) simply loving almost every Mizuno model I tried. Then a number of changes and 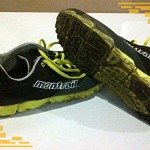 Salomon XR Mission http://www.runningfree.com/products/Salomon-XR-Mission-p32504/?pstart=1 My first race experience with the shoes came in the form of the Storm The Trent

There’s a new addition to the RF shoe family. On, as in On-Running. Since my old love, the Adidas Feather 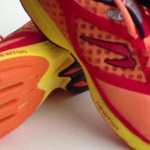 Yes they are flashy, and yes people will see you coming. But we all know that triathletes are as concerned

2 words…Grouse Grind!! These puppies made it in wet, slippery conditions. I have to say that these shoes are great for

you may know by now that i’m a big fan of skechers performance footwear.  it started with the GObionic, then

Ok, I admit it. I hadn’t run in, or even owned, a pair of Mizuno running shoes before. I started

Montrails for trails and more!

November 25, 2013 No Comments on Montrails for trails and more!

I am really enjoying my Montrails.  Here is what I own (so far): 1.     Montrail Bajada – “Neutral and cushioned

The Mizuno Wave Sayonara running shoes were well worth the wait! I was introduced to the new model of this

Brooks Ghost 6 The Ghost series of shoes are one of their most popular lines Brooks makes.  The Ghost 6

SHOE REVIEW What to buy with my Mizuno team lottery prize? Precisions? Replaced by the Wave Sayonara which did not

Mizuno Wave Sayonara – (see link at:  http://www.runningfree.com/products/Mizuno-Wave-Sayonara-p35537/?pstart=1) The Sayonara was designed to replace two shoes, the Elixer and the

It didn’t start out as a great year. I was hobbling around on a cane with my knee all inflamed.

Let me preface this gear review by saying that I have been a runner for just over 5 years.  When