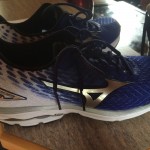 After wearing Mizuno’s cushioned neutral road shoe the Wave Rider, since early 2011 I was expecting version 19 to be 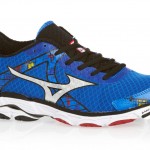 I’ve run in a variety of running shoes when I was younger, both for training and racing. I use to run

My Journey to Hoka One One: A Memoir of Shoes

February 25, 2016 No Comments on My Journey to Hoka One One: A Memoir of Shoes

I ran my first marathon in 1998.  At that time, I didn’t consider myself a “runner”, but maybe, as someone

These shoes fall into the cushioned, neutral running category. I have had these shoes about 3 months now, and put

Here is a review of the shoes that sent me through 2015. And one shoe I purposely forgot about. Mizuno

I had a gait analysis completed at the Brooks booth at the Boston Marathon expo last April.  I normally wear 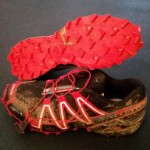 November 14, 2015 No Comments on Winter Tires for Runners

There’s a barrage of ads for winter tires right now. They do make a difference on slippery winter roads, even

November 3, 2015 No Comments on Brooks Cascadia (Men’s) – for the Saucony girl in you

November 3, 2015 No Comments on Specialized Trivent

Red. Pow. Specialized’s S-Works Trivent. Not are they the coolest cycling shoe you have seen, they are so much more. 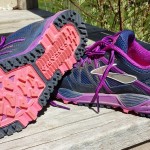 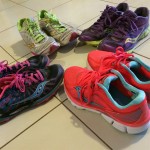 The Mizuno Wave Sayonara 2 are every bit as good as the first generation.  These shoes are still built on

I know, I know. Why write a gear review on a pair of flip flops? I’ll tell you why. These

I won the Mizuno lottery from the Team Running Free season kick-off, which was $110 to spend on Mizuno gear

After winning the Mizuno gear credit in this year’s Team Running Free lottery, I decided to pick up a pair