Here is a review of the shoes that sent me through 2015. And one shoe I purposely forgot about. 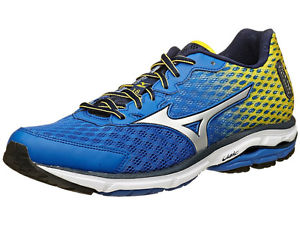 Although Mizuno essentially apologized for their previous edition, the Wave Rider 17, I had no complaints. In fact, I gave the 17’s a decent review (here).

And as Mizuno is known to do, a little too much tinkering and oops, so much for the love affair. The 18 took all the good parts of the 17 and only made it better. Great width, good cushion and smooth ride.

Right out of the box I knew where these shoes would be running: Boston 2015!  The aforementioned cushion and toe space was just what Boston demands. And here’s the proof: the last 28k raced in pouring rain and zero blisters. A miracle! 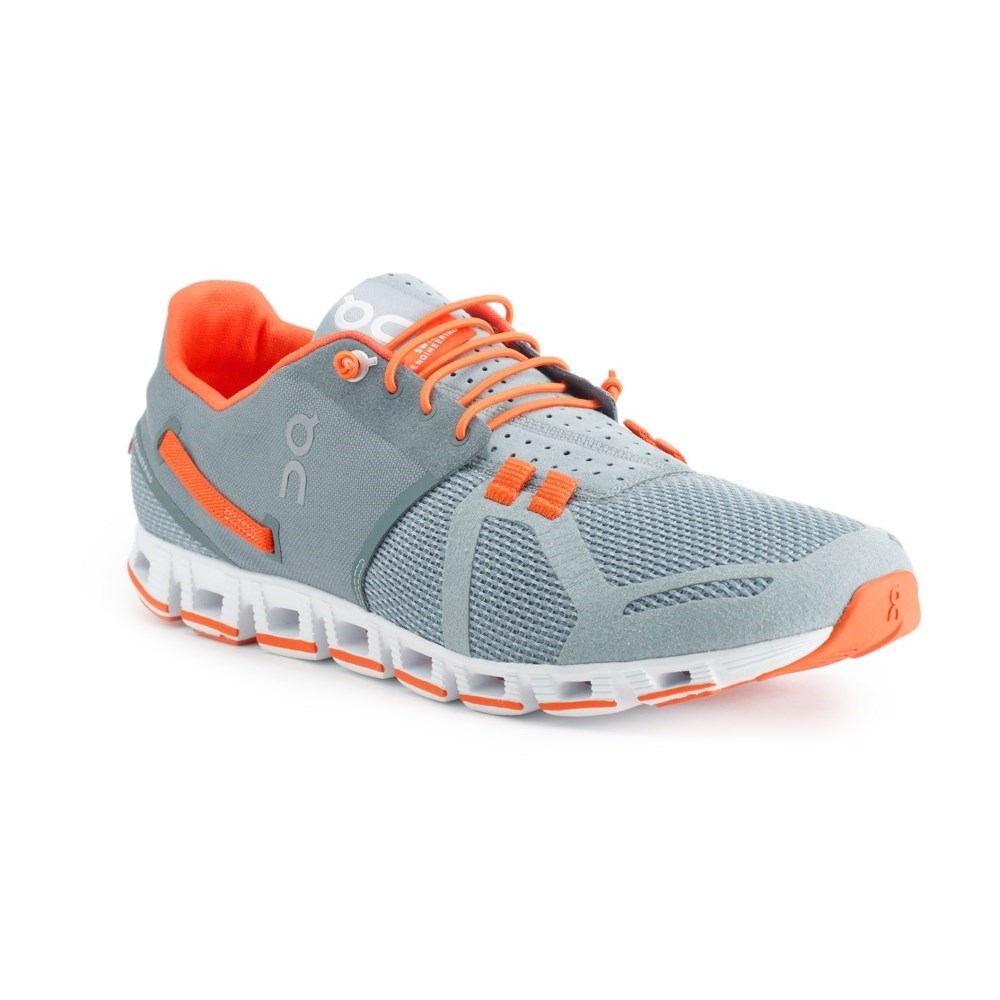 After a run in some shoes you put them aside. Not my Clouds. Never have my feet been happier. Speed work, runs up to 20k. They are the shoe I put on AFTER I have finished a run in my other training shoes.

And here’s the kick, you just slip them on! No laces need be tied, although a tie up set of laces is provided if you really insist. Cool on the hottest of runs (I’m talking sun roasted Tarmac in Cuba hot). Love them, love them, love them!

The Clouds, as per the suite of ON’s line, use a unique barrel shaped cushioning system. Some models (but not the Cloud) even include a carbon fibre base plate in the sole. The ride is so smooth that the shoe simply disappears!

Stones can be a problem. Jumping off the road for maniac Cuban trucks can pick up stones that need plucking out. But that is my one and only complaint.

The same pair have been going now for well over a year. Given their durability, these may be one of the best values out there. (By comparison, I am now onto my third pair of Launch’s in the same time frame). 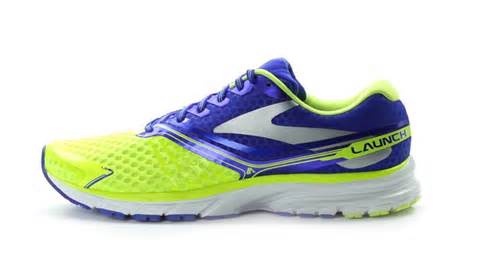 Now at version 2, the Launch appear to remain essentially unchanged aside from cosmetic updates. These are a cushy but fast trainer that will also work for most race days. They were my goto shoe for my tempo runs and worked it right up to 30k at Around the Bay. Also my lottery pick for 2015.

They are a touch less supportive than other trainers. By the end of ATB my feet were feeling it. The foam tends to compress quicker than other trainers. While the effect was a pseudo custom orthotic, eventually I would just have to replace them, which I happily did twice over. Also my impression is the energy return is a bit wanting due the compressibility of the foam.

But hold the press. A 10k run in the Launch 2’s on a cold evening revealed a rather unforgiving hard runner (aka racing flat). I don’t remember this from all my previous cold weather runs in the original Launch release. So maybe Brooks has tweaked the rubber formula a little, but not in the right direction. The EVA was pretty damned hard at -2C, so I worry these will be completely uncomfortable in our typical arctic winter temps.

The Scotia Waterfront pacing programme was changing sponsors to Asics for 2015. As such it would be good form to run in an Asics product which were late in delivery from the sponsor. About $180 later, I was the proud owner of Asics’ flagship mileage trainer. Damn, they felt so comfy walking around the store!

One run told me all I needed to know: I had just wasted a ton of good money. They felt terrific to walk around in. So comfy and so much cushion. A previous edition of Nimbus were remembered fondly. They just kept going and going, and I always kept them around for my LSDs.

But this version is too narrow across the toes for my feet. My big toes in particular were being pummelled and my left big toe was being jammed back into my now aching bunion. Ouch! Yet a half size larger were far too big.

These shoes will find plenty of happy feet, such a cushy cream puff dream ride in the offer. Just not on my feet. 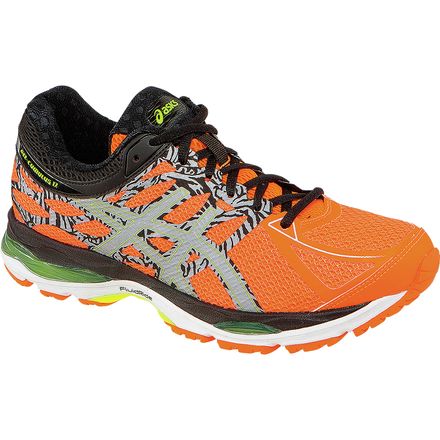 Here is another Asics offering that I have previous experience with. So what has Asics done since I last laced up a pair about six years ago?

As I recall, the Cumulus was narrow enough that I ordered them in wide width. Not now. The regular width fits just right, thank you. And that can be a big deal as most stores rarely stock wide widths, making “try before you buy” a vexing experience.

The cushion is meaty and full, better than the Nimbus in my opinion, at a fraction of the price. Couple in a quick transition and I have found a new best friend. The reflective light show orange neon calls me every evening run, and there will be plenty of those from now until Spring equinox.

They have been up and down Mont Royal several times in cold conditions and my feet have remained warm and comfy. If they can handle that kind of pounding at tempo paces, they can handle anything Ontario can dish out.

I bet everyone wishes they had a shoe company on speed dial, one that will make a shoe that is just absolutely perfect for their feet. Well, Meb does, and his concept of a perfect shoe delivered him to victory in the biggest stage of them all (Boston 2014).

But what makes a shoe right for Meb is a questionable call for Mr. MacKinnon’s craggy feet and hitchy mechanics. But what the hell, $100 and no tax at the Boston expo, and not many will own a pair looking quite like these!

I just expected mainly to walk around and show these off to jealous friends. But after a few test runs the wheels began to turn. Could I race in them? Should I?

Meb and I are both the same height. We also weigh within 10 lbs of each other. So maybe the shoes will work for MacKinnon, no? Hell, yes! The sole is a modified EVA that is really bouncy and has tremendous energy return. Warmups at 5:00/k feel terrible. But these shoes are not joggers. The faster you go, the smoother they ride. They live for sub 4:00/k paces.

The proof was a 16:54 result and overall win at the 2015 Holly Jolly Run that precedes the Toronto Santa Claus parade, on a certified 5k course. This would be my only PR for 2015 and I share it vicariously with Meb. How cool is that? 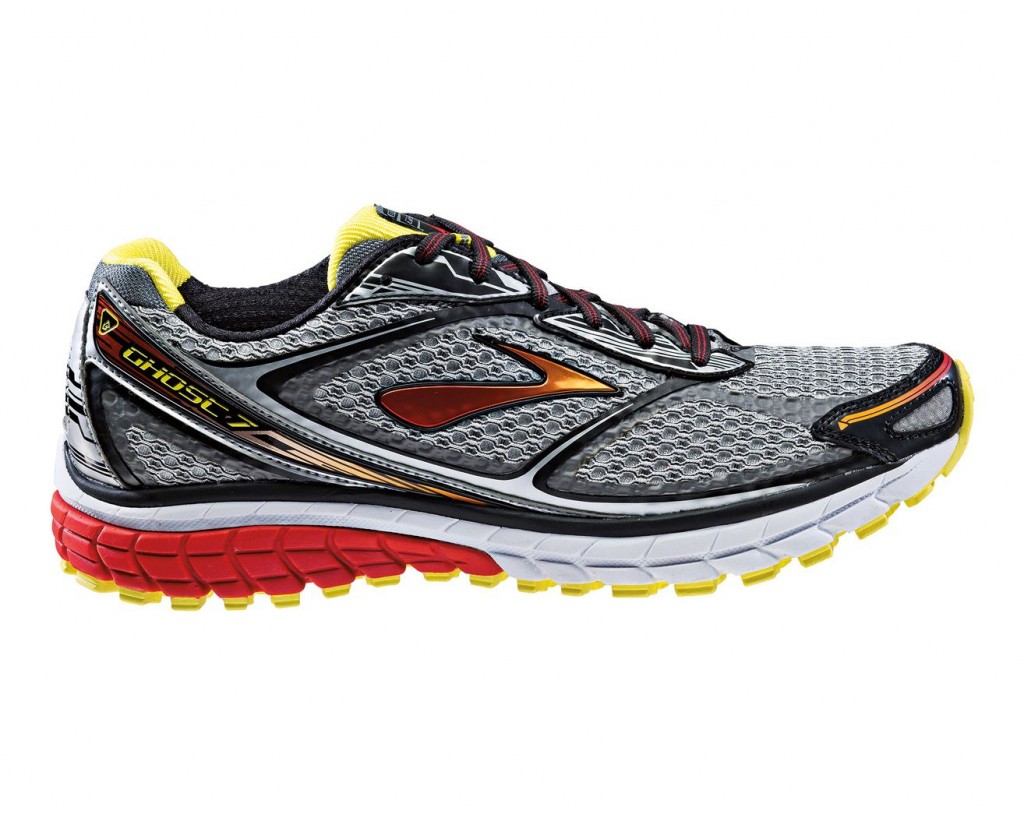 I am perplexed by the Ghost 7. A pair sat unused in my shoe rack for so long I had forgotten just how much I hated them. Memories fade, but the scars still linger...(Tears for Fears).  So I took them out to get reacquainted. By 7k my feet were begging me for relief. The last 1k was the most painful run I have experienced in long time. Long mileage trainer? No way! So, good bye my friend, will we ever love again?

I rode a regular size 9 width of the Ghost 7 with great discomfort pacing the Scotia Marathon in 2014. The shoes I just ran in were extra width but still killed my bunion. I just don’t understand why the Ghost 7’s hate my feet. The Ghost 6’s ran, well, like ghosts on my feet. I couldn’t run any quieter or more efficiently if I tried. And so comfortable. They were my previous goto LSD trainer.

I surely miss that smooth quiet efficient ride. Hopefully I will enjoy it again in the next version.