October 10, 2019 No Comments on Gran Fondo for United Way, Whitby

The Ride for United Way was held on August 18th in 2019. It is an annual charity ride. This was 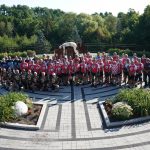 First of all, thank you to Team Running Free for allowing me the opportunity to participate in this amazing event

April 30, 2017 marked one of the most famous gravel grinders in Ontario – The Paris to Ancaster race (P2A).

Becel Ride For Heart WOW, over $6 million dollars raised on Sunday for the Becel Ride for Heart in Toronto. THIS

Centurion Horseshoe – 100KM Cycling Road Roce Pre Race Throughout the spring and summer of 2012, I had been doing

If you are a cyclist, serious or recreational, and live in the GTA, the Ride for Heart should be on

Made the trek up to Ganaraska for the Dirty Enduro for the 3rd year. And doing the 30k for year

On Sunday August 7th was the Big dirty Pickering Ride organized by Nick. Another free event put on by buddies

After 3 weeks of every excuse for not showing up to the last 3 Endo races. Got the Mistress and

As part of the 2011 Team NFI’s goals was to do as many free events as possible. The first being

Headed out to Ganaraska Forest for the 15th on September 18th. This year after my knees deciding to go on