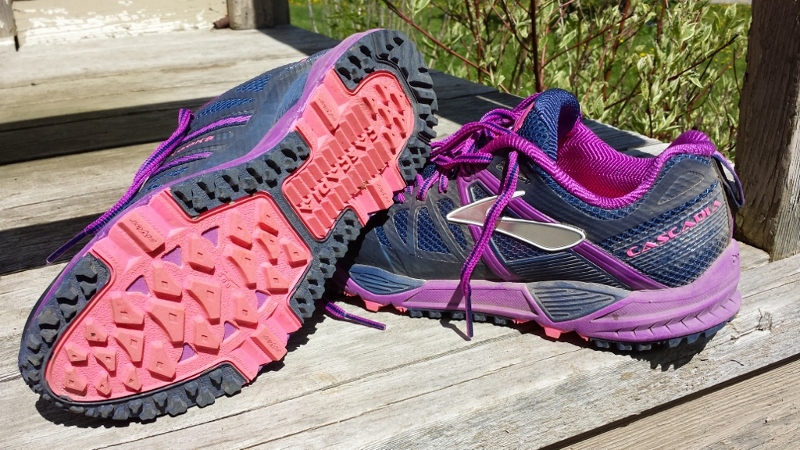 Living in Caledon, I am surrounded by plenty of fantastic trails of varying difficulties. As a result, I’ve decided that this would be the year that I would finally try trail running. I have been a devoted Saucony girl since I first started running three years ago but after speaking with the Brooks representative at the Team RF meeting recently, I’ve decided to branch out and try a pair of Brooks Cascadia 10’s. Since this is my first pair of trail shoes, I don’t have a base for comparison however I do know what I like and that is stability, support, and comfort.

Firstly, the stability is fantastic. This was one of the biggest selling points for me as I am currently seven months pregnant and am concerned about staying upright on uneven terrain. I need a shoe that will help keep me stable on unstable ground. These shoes include pivot posts on each side of the shoe to help keep the foot from rolling on it’s side, as well as a midfoot saddle to help provide further stability. 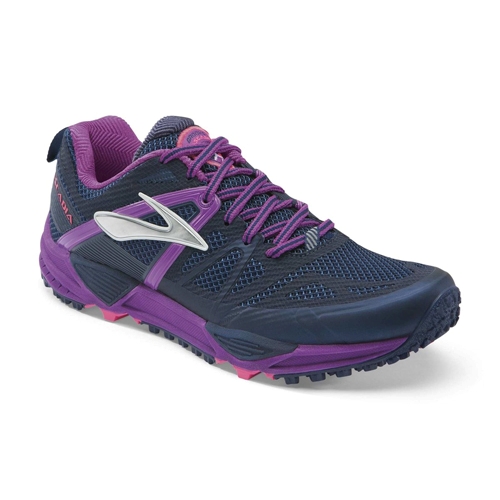 I find these shoes very comfortable and supportive. They don’t have as much cushioning as I’m used to with my Saucony Hurricanes, but I also find that the Hurricanes have a ridiculously comfy amount of cushioning (it’s like running with big soft pillows on your feet), so it’s not really a fair comparison. The Cascadia 10’s have enough cushioning to be very comfortable and they make me feel like my feet could keep running long after the rest of me has called it a day. They are also good at keeping the pebbles and dirt out which is a bonus, because nothing spoils a run faster than a pebble or two working their way into your shoe.

Another feature that impressed me is the sole. The soles feature mean looking treads which provide fantastic grip on the dirt, gravel, grass, mud, and pretty much any other surface you’ll encounter on any given trail. I have run trails in other types of shoes but none have compared to the grip the Cascadia’s have given me. I almost felt like I was running with crampons attached to my shoes – no slipping or sliding whatsoever.

Again, I would like to say that this is my first pair of trail shoes so I don’t know how they would measure up to other makes or models but I am very impressed with the Brooks Cascadia 10’s. They have given me a comfortable and supportive ride with great traction, as well as a new way to appreciate the beautiful trails and wildlife that Caledon has to offer.

View all posts by Taryn Lloyd →