Needing an escape from a long Moscow winter and needing to get my cycling back in shape for a trip to the Pyrenees in June I headed off to Mallorca for a two week cycling vacation with a bit of swimming and running thrown in. 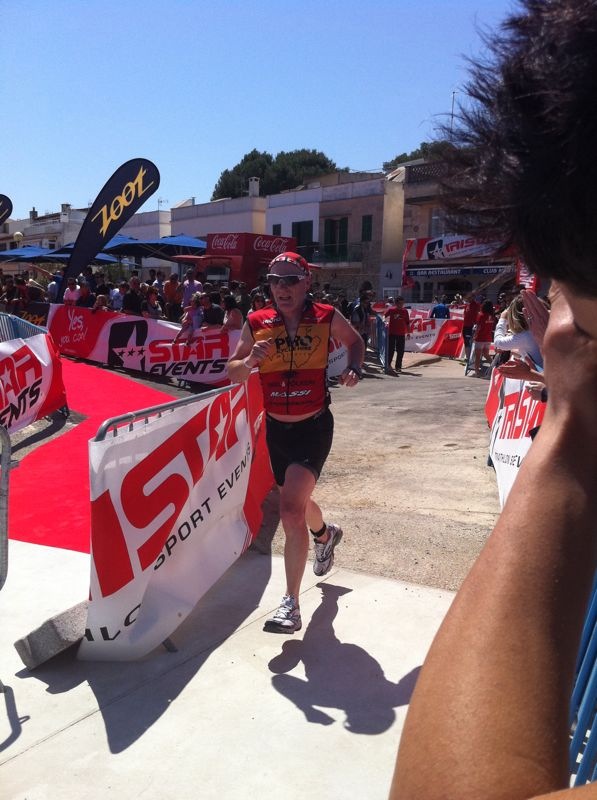 We were staying in Porto Pollenca, one of the main cycling centers on the island and before going I hooked up with Steve Lumely (www.steve-lumley.net), Triathlon Coach from the University of Birmingham in the UK who was holding a Tri camp not far from where I was staying. Steve  had ongoing camps for a month and I joined in for the time I was there.

The past year was dedicated to running,  Marathon des Sable then Moscow, Cognac and Dubai marathons. Apart from two 1000m swims and numerous “computrainer”  rides in the past three months I have not done any serious Tri training or Tri’s for the past two years. First day working out with Steve I did a two km open water swim, my shoulders felt like they were falling off and I was slow but I finished. The 80km ride that day wasn’t t

oo bad, even in the hills, the weight training and computrainer trainer since January helped, running was not an issue.

Now on April 14th someone mentioned the Mallorca 111/55.5 on the 17th, I could resist doing the 55.5, it wasn’t going to be fast or pretty but given a week of training figured I could finish.

The race was out of Porto Colom. A small field, only 350 in total but some very big names; Chris McCormick, Normann Stadler and Olivier Marceau. So you were racing with the best.

Swim: 500m in a sheltered bay/marina – they had to move the sale boats out before we started!

Ride: The perfect Mallorca ride 50k ride, for the 111 it was a double loop. The first  30k was along undulating  narrow back roads then on to a more main roads. In true Mallorcan race tradition all roads were totally closed to traffic. At close to the 30k mark you hit the climb to Sant Salvador which top is 495m,  an impressive view if you have time to look, with a 5 k final climb with a  6% grade, then you descend down to sea level at the finish

Run: A pleasant out and back along the oceanfront.

I managed to finish and actually won my age group. The biggest issue, sunburn!

If you are looking for a place to train in the spring and race as well give Mallorca is as good as it gets, and no