A challenge like no other, the Canadian Death Race tests you to the very limit. Grand Cache is a remote town on the western most frontier of Alberta. Home to this epic event, it sits over 200km from the nearest Tim Hortons. In other words, it’s in the middle of nowhere nestled in the picturesque foothills of the Rockies. Every August long weekend the population of Grand Cache triples for a race that has redefined extreme.  Some participants risk challenging the 125Km route solo, while others join 5 person teams for a 19, 30, 16, 38 and 22K relay.  The first time I saw those distances I thought, ‘I run marathons; I can handle any one of those stages.’  You see, I failed to take into account the altitude, the 5 Km verticals (some so steep your hands have to scrape the earth), the mud that was 10 or 12 inches deep, the tree roots that seemed to rise from the ground and trip you, the descents that have you holding back for your life, (did I mention the 17, 000 foot elevation change?). If we compare the Death Race with a road race it would be like the Boston Marathon with 30 more Heartbreak hills that are triple in height.  The solo and team competitors that actually finish must do so within 24 hours.  Each stage or checkpoint must be reached at a specific cut off time or your race is done.  Whether a soloist or member of a relay team, almost every racer’s experience varies.  Each stage has unique challenges governed by distance, elevation, and terrain. 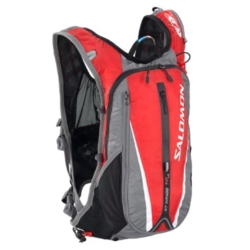 I ran the 5th and final stage which had me on the mountains at 9:45 p.m.  The sky turns dark at a later time in Grand Cache, which provided some light up to 10:30 p.m.  Within 30 seconds of my race I was tackling a 60 degree uphill, wheezing and trying to catch my breath.  The altitude (unlike that of Toronto) hit me hard and fast as I crested that first vertical, my legs were already so heavy they failed to rise high enough to avoid my first tree root encounter. There I was, only 5 minutes into the race and I’m lying on my back reaching for my water bottles that had flown from my waist pack (this was lesson number one*).  I continued along the single track trail tripping several times and losing my water bottles every time. One actually fell down a cliff which made me feel quite guilty for polluting the pristine landscape. Up and down I went for several more kilometres until darkness set in and lighting my path became dependent on my trusty Petzl head lamp. I’ve had this lamp for some time now and really only used it on camping excursions. I didn’t know how poorly the trail was being lit by this lamp until I passed another runner and her lamp actually brightened up my path (lesson number 2*). 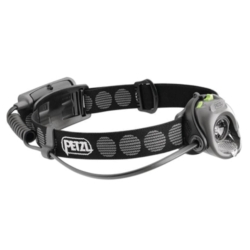 About an hour into the run I reached my 1st and only check point – the river crossing. Throughout the whole race my team mates carried and then passed off our timing chip and a silver coin. If either one was lost, we would not be able to continue the race. I did have both and it was time now at the river crossing to use the coin to pay the ferry man to get me to the other side of the river and continue the race. The 15 second boat ride was much quicker then I had anticipated. 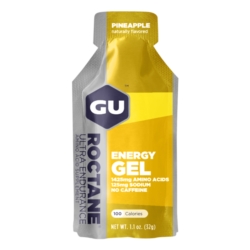 I hastily tore into my GU gel, woofed it back and was on my way. By now the rain that started pretty much at the start of my leg turned to a torrential downpour. The trails became totally soaked with mud and deep puddles were totally unavoidable. I started off trying to run around the mud obstacles but it became pretty apparent I wasn’t getting off that easy. It was actually kind of fun running right through the deep stuff. There were a few times my shoes were almost sucked off by the mud. I was fortunate that didn’t happen but it did feel as if my shoes had suction cups on their soles causing me to actually put major effort into lifting my feet.

When I reached the 120km marker I looked at my watch and realized I was flying. “I’m going to smoke this trail” I remember thinking. Then I looked up… and up… and up. Virtually the entire last 5km was uphill. I gave it everything I had but inevitably the best I could do was walk. In a road race, this distance would have taken me about 20 minutes. Instead it took me almost 40 minutes. That’s when reality set in – I’m not of the genetically enhanced athlete ilk. Although it was 3 degrees and rained the entire run I finished comfortably (accept for my throbbing quads and hamstrings). After 15 hours 52 minutes and 9 seconds, I ran through the finish all alone with no other runners in sight, just my wonderful team mates waiting to celebrate our accomplishment.

The 2011 Death Race was an absolute blast! Challenging yes, but fun, fun, fun. To all the solo runners, I have so much respect for what you have accomplished. To all the teams, well you know how crazy this course is and my hats off to all of you. To my team mates – The North Face, Houley and the Gang – Emily, Kim, Patte and Richard, thanks for the cheers, the laughs and the enthusiasm.

*What I learned…
1) In a trail race, always wear a hydration back pack as opposed to a waist pack with bottles. I probably lost a couple minutes searching for fallen bottles every time I wiped out.

2) Invest in a good head lamp if you are running a night leg of a trail race. My lamp is great for camping but was inadequate for a race. Again, the poorer light probably held me back from tackling those steep descents.

3) Find out before the race if the single track is narrow and tall (with brush). The temperature was 3 degrees and raining, so I wore tights and I am so glad I did. Not for the cold but for the high brush that would have torn me apart. Shorts and a pair of long compression socks would have done the job too.

4) If you are used to running in low altitude (like in Toronto, Montreal, etc.), take it easy at the beginning of you run (assuming you race is in a location with higher altitude). Testing your tolerance at the start of the race will allow you to know just how far to push without totally coughing up a lung and having to walk it off. I think I went a little overboard on the first few ascents and it really slowed me down when I had the opportunity to take off but didn’t have the lungs to do so.

5) When the course is wet, try to avoid the deeper mud in the center of the trail. Don’t make new tracks off the trail (that’s a real no, no – widening the trail increases erosion), but wherever it looks most firm. There were a few times it felt like I had suction cups on the bottom of my feet – that really slowed me down. I almost lost my shoe a couple of times. That brings us to…

6) Trail shoes are on the market for good reason. I had a minor injury a few weeks before the race from wearing minimalist shoes – pushed too hard and the body said “you aren’t going to get away with this”, so I ran in my trusted road shoes. My injury didn’t creep up but I definitely slipped around more then I would have if I were wearing dedicated trail shoes with a more appropriate sole and better traction.

View all posts by Nick Capra →