We just got back from a whirlwind week in Edmonton. Not only was it the national and pan am champs there was also a para coaching summit and LTAD conference which Ryan and I both attended.

We hit the ground running with the summit, and spent the better part of Thursday in board rooms. Lots of important stuff was discussed and strategies plotted. Both of us hope to be heavily involved with triathlon Canada over the next four years with Rio on the horizon.

This is going to be more about the race than all that!

This was a unique event for us as we had our own race on the friday morning. The itu rolled out the carpet and we had the same treatment as the pros. The itu pro transition is brilliant! Lots of room and short distances to mount lines.

The course was going to be unusual. The swim was one loop (in a pond that had been heavily chlorinated for the races) the bike was 8 loops within a park. The run was 3 within the same park.

The race started at 10am so it was a leisurely start to the day. Once at the venue we didn’t need much time to get set up. Headed out for a quick run and then to the water to warm up. 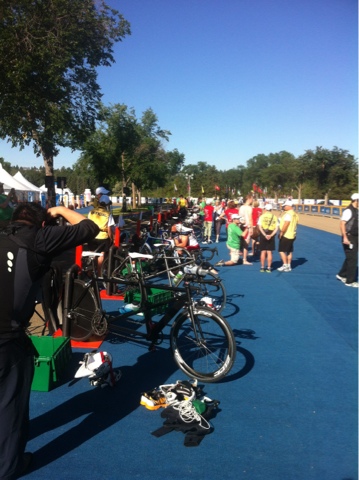 Before the start we were brought in by a piper and were introduced. Into the water to wait for the gun.

The start was easy, and Ryan and I were quickly to the front. We opened up a gap quick and kept pulling away the whole swim. I kept Ryan honest by pushing the pace, and he managed to hold on! 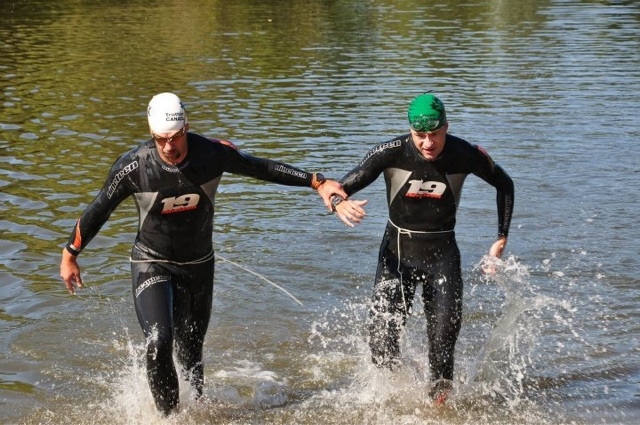 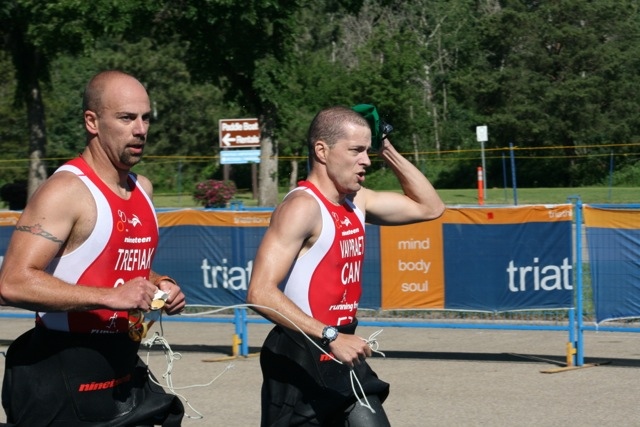 We were out of the water in around 11min. The run into transition was easy. We had a quick transition and were onto the bike. The first couple if Laps were mostly getting our legs under us. After that we pushed solidly for the next 5 before easing off on the last one. This course was fast and we were off the bike in under 30 min. 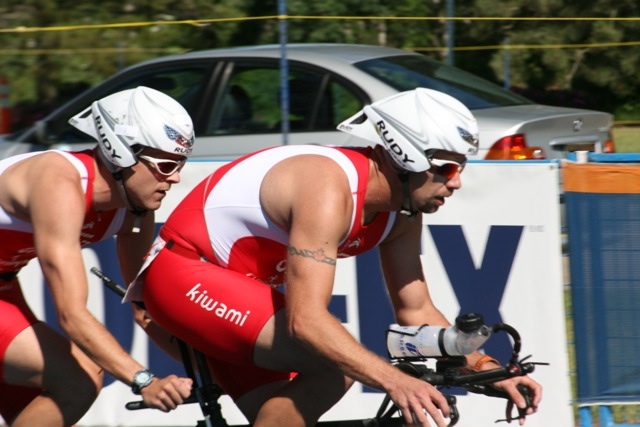 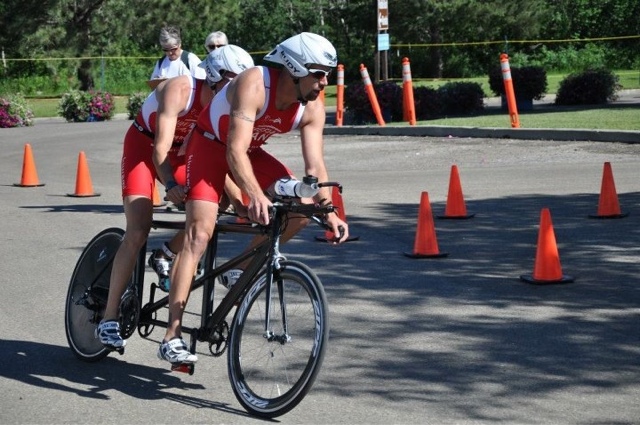 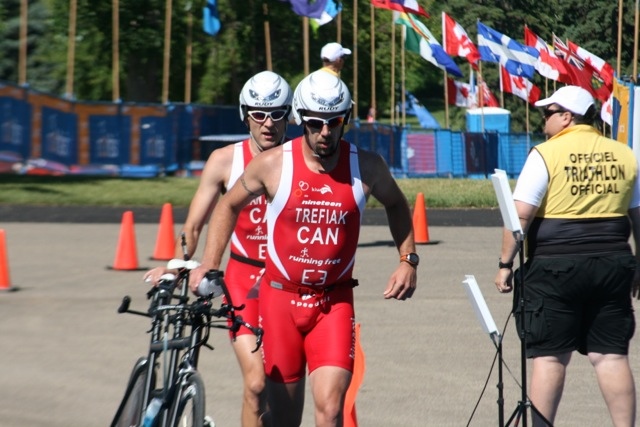 A pb transition of 40sec and onto the run. Not being fully used to the pace and intensity of sprints (yet!) we were hurting for the first lap. We were leading the whole race by about a km at this point on any runners, however we needed about 2km to hold off any of the wheelchair athletes as they can pull off 12 min 5km’s. A wheelie passed us just after we started the second lap. At this point we knew it would be tough to win overall. We pushed hard and opened the gap on the runners but the wheelie was gaining fast. 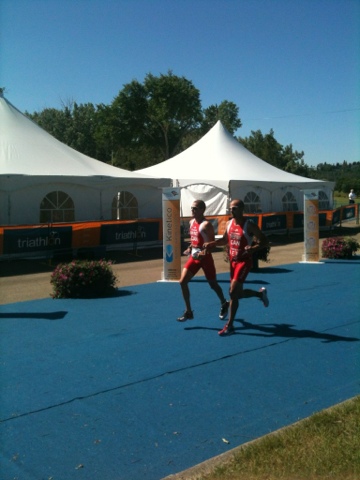 With about 600m to go we saw him behind us. He passed us at about 500m to go at about 45kph down a hill. We kept the gas on as we wanted a fast time, but any close racing was over. We crossed at 1:05. Pretty much on target with our goal and putting us solidly in podium contention for worlds.

We finished second overall. First in the t6 category. So two titles in one for Ryan! 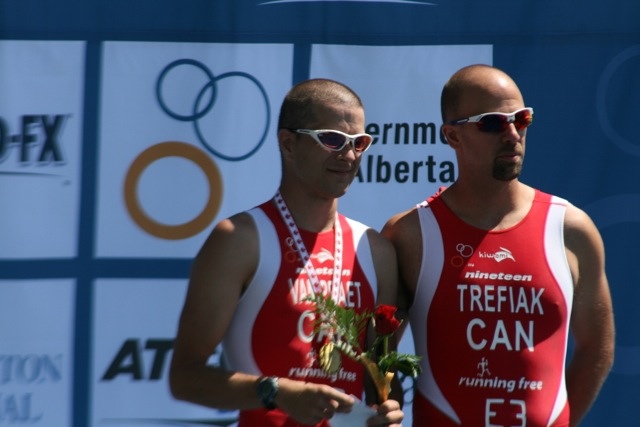 The whole event was professionally done. We enjoyed the special treatment.

Thanks to the ITU for putting this on, and thanks for triathlon Canada for flying us out and putting us up! 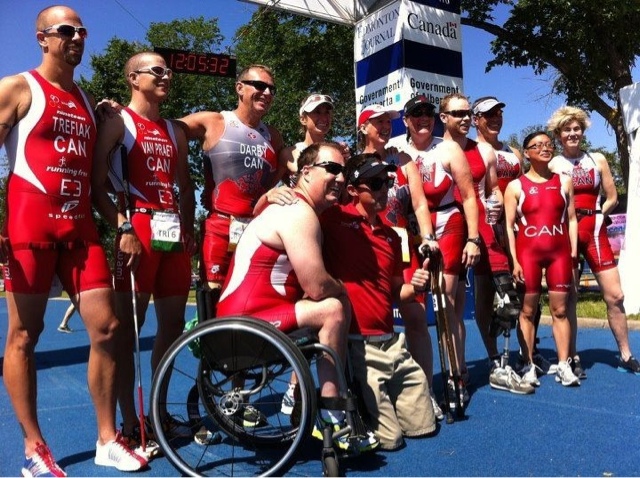 View all posts by Syd Trefiak →