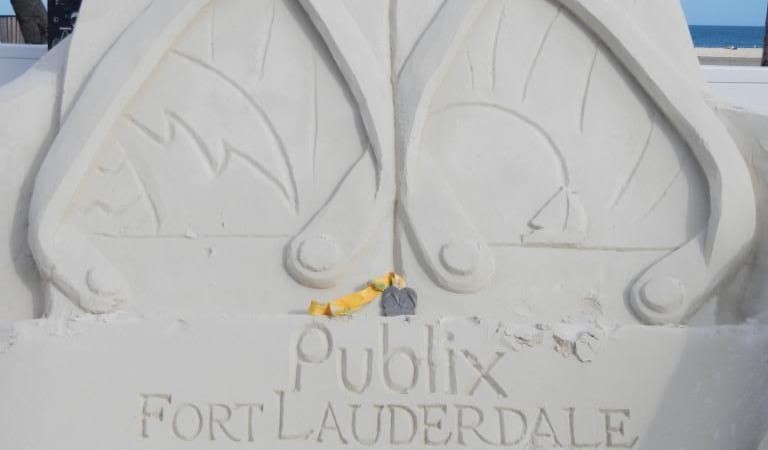 From 2012 through 2016, my wife and I made efforts to get away for warm-weather races the second weekend of February, when some of the best races each year are staged in the southern USA. As we enter winter, here is a review of four races you may consideration.

Great event. Great expo, great town (Fort Lauderdale), though one big traffic jam. This one can be hot – our race day saw temps of 26C by 10 AM when the race finished and 31C as a race-day high. The race starts at 6 AM running eastbound toward the beach and sunrise. Great stuff throughout – a tie-dye aid station at 10K, a beer station late in the race as well as all-you-can-drink beer in the ocean at the finish. Prepare for the beach, to look like death in the heat and the best medals, though the jumbo medals pale in size to the sand sculptures. 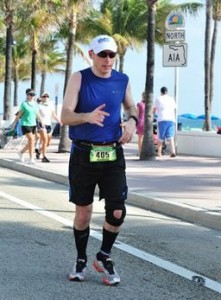 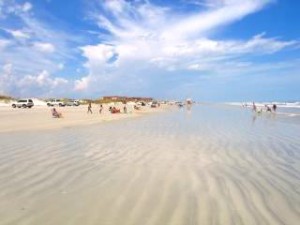 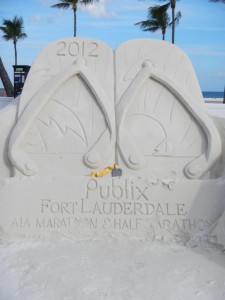 Sounds like a warm destination. Not really, at least in February. April and May is golf season, the peak weather. It snowed while we were in town – but oceanfront rooms are not $47 in peak season. So easy to enjoy the value, just dress a little warmer than you might think to. The race was good but for speed, but not for the post-race celebration weather some might look for. This edition had great swag, which included a blanket. I was fortunate enough to receive this great age group trophy from the Friday night 5K. This race has since moved to early March. 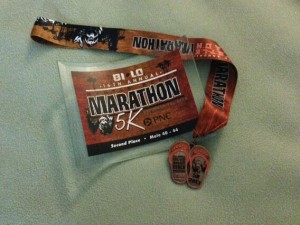 Back to the warmth in 2014. Similar to Fort Lauderdale in that regard but very urban versus Fort Lauderdale’s classic beach scene. There were a lot of bars and nightclubs as it as afterall a college town. There was even roller derby and San Antonio isn’t that far away. Their annual rodeo takes at the same time as the marathon. Another great race. You start at the capitol buildings and take a tour of the city, which include two lengthy climbs, each after crossing the Colorado River. The race did not take over the city as happens elsewhere, it was just one more thing going on. United Airlines flies into Austin from several hubs.

We entered this race in Nashville, but the Hot Chocolate series is across the USA. Known for somewhat chilly urban events with great swag, this was very enjoyable. Very cold, this 15K was sub-freezing throughout, not the norm. Like Austin, this was not the main event in town for the weekend but things worked OK. A trip to the live music bar and the Dukes of Hazzard museum are must-dos. Nashville is a hoot and accessible via Southwest Airlines.

Getting out of the cold is often not easy. We progressed through a nine-hour flight delay (2012), two aborted landing attempts at an antiquated military airport  in a storm (2012), driving when flying was planned (2013), snow in Myrtle Beach (2013), a cancelled flight (2014), driving from Buffalo to Cleveland through an overnight snowstorm to beat rerouted travellers to an open airport hub (2014), slept against airport pop machines to be first in the AM line (2014), abandoned a trip due to escalating airfares (2015) and raced wearing every stitch of clothing that could be found (2016.)

Keep plans flexible and don’t register for races until they are close to being sold out.