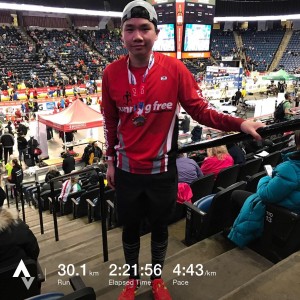 (Repost from my blog > http://bit.ly/mikecywan-ATB2017Recap)

“Everyone was glad to see our own version of heartbreak hill back in the game after a two-year absence.” – Hamilton Spectator

WHAT: Around The Bay Road Race (aka THE North American road race older than Boston since 1894)
WHEN: Last weekend of March or very early April – the 2017 edition of the race happened Sunday, March 26, 2017 with gunpoint at 9:30 am
WHERE: Hamilton, Ontario, Canada (Route –> Hamilton > Burlington Skyway / Eastport Road > Burlington lakeshore > back to downtown Hamilton)
WHO: you, the weekend warrior runner!
WHY: Highly recommended race to kickoff the running season, a nice progress measuring stick between a half-marathon to a full-marathon

This race is perfect for those that have conquered the half-marathon race and unsure of whether he or she is capable of tackling the full marathon with full-confidence. You get to tackle the weather elements such as temperature drops and winds but you will never be 100% sure of the complete conditions until the day of the race. Case and point, weather forecast anticipated freezing rain, rain, and windy conditions couple of days leading up to the day of the event. Luckily, the actual conditions was nothing more than selective wind changes during the rolling hills section and by the Burlington skyway bridge area. And that’s right, I mentioned hills because there will be plentiful of them so don’t expect yourself to bolt straight out of the starting line and sustain that speed the rest of the day… unless you’re an elite athlete!

Caution: Watch your step! No, it’s not wet slippery roads but rather cracked up, rocky asphalt roads for the first few kilometres! The roads are located in the industrial area constantly run over by huge trucks and tractors; as a result, you get the bad roads until you gradually move up onto the overpass area.

Not the most scenic part of the race but most definitely quite manageable in terms of pacing and elevation.

Flat and now’s the time to speed things up!

The second portion is mostly flat as you run northward in parallel to the QEW highway on Beach Boulevard and Eastport Drive. Depending on your level of athleticism, this stretch of the run is ideal for taking your first gel pack at your discretion based on mental vitality and distance run so far. I recall doing my very first Bay race last year in 2016 and took it in 11km. This year, I extended that duration to somewhere between 15km to 16km, where a water station was available for me to ingest it easily, so I can utilize that extra caffeine kick when I actually need it when tackling the hills.

Pace-wise, now is the time to speed up a bit if you can sustain it as the roads are relatively flat and don’t require as much effort.

Note: as you are passing by the bridge… relax! Even though the bottom are see-through, the bridge steel beams are more than strong enough to hold your weight and lots of heavy duty trucks so no need to freak out… or look down for that matter ?

This would be one of the sections where training on the stair-masters at the gym can really pay off! It’s easy to let gravity pull you down and speed down the hill when it’s there, but have you planned on how to defeat the uphills? My strategy: just don’t stop- period. You are better off being at crawling speeds and not stopping than doing so. Get in the rhythm with your footsteps!

You are now running at the residential areas, so along with the hills, you get a strong community support cheering you on and beautiful scenery of the lakeshore area on your left hand side of things.

Sounds scary, mentally scary, but trust me. It’s not. Think of it as short-term pain or lots more of gain!

This is because at the end of this hurdle, there’s one more hurdle left… and the infamous Grim Reaper will be awaiting you there. More on that in a bit. 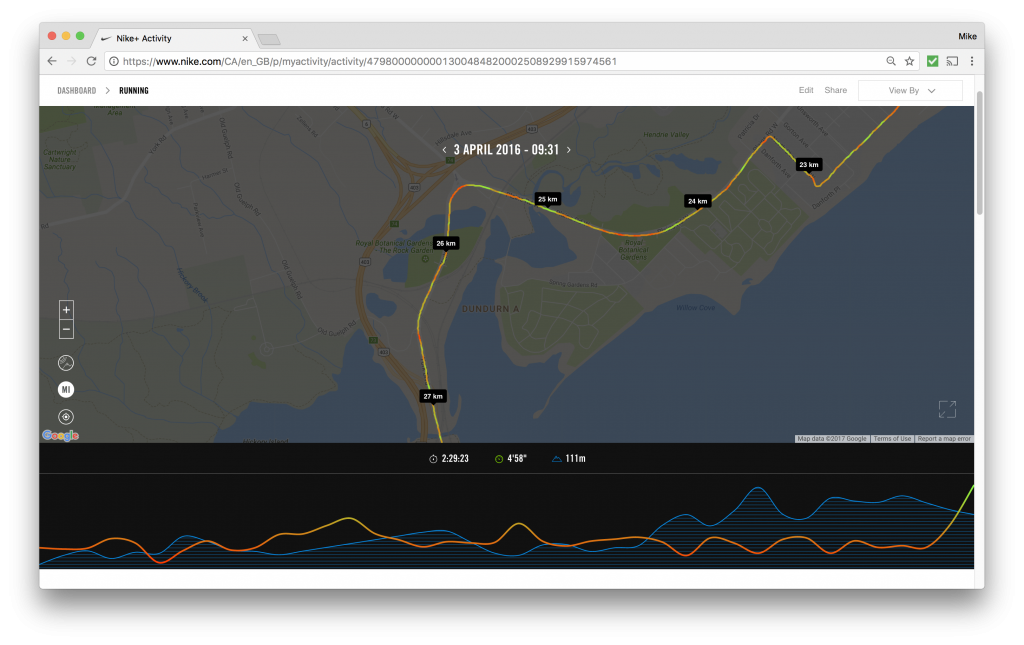 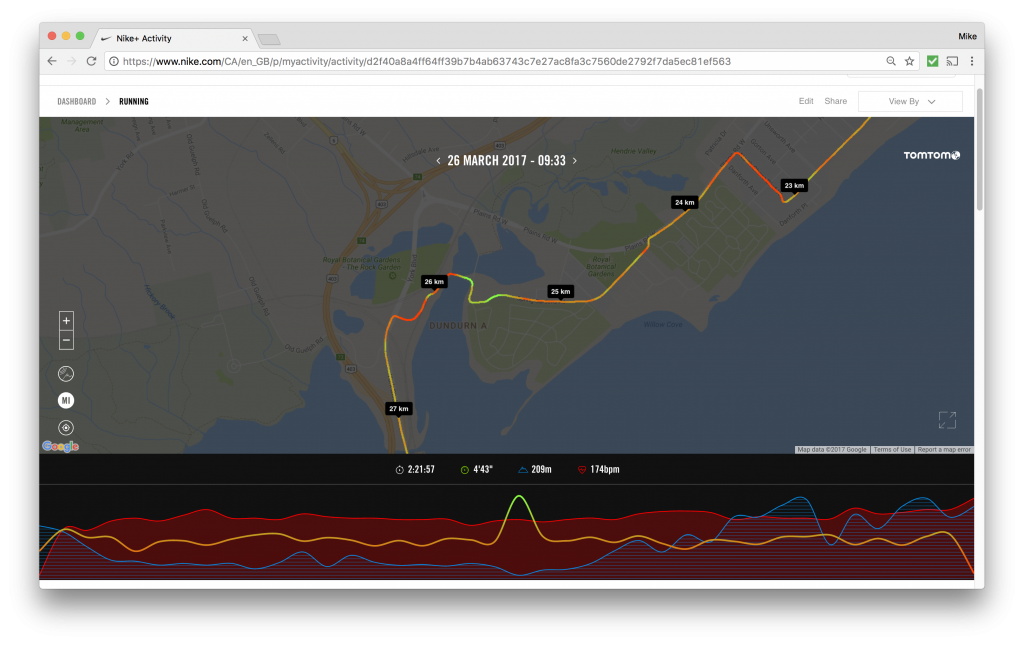 …and when my music playlist gave an extra boost of adrenaline by following through the beats per minute (bpm) of those dance tracks that carried me through the dreadful 400 metres. Like I say, it seems like forever but its not.  However, you do need to brace yourself for one more gradual uphill as you push through the overpass bridge of York St so don’t just simply bank all your energy strictly for the Valley Inn Rd hill.

After the uphill, you must now plough through the final uphill within the 27 to 28 km mark. This is where the infamous Grim Reaper will be awaiting you right next to the cemetery to the right. Don’t want to hang around with him? Keep pushing on and the road will lead you directly back to the starting line area in which you will make a right turn into the FirstOntario Centre (formerly Copps Coliseum) and into the finish line!

View all posts by Mike Wan →