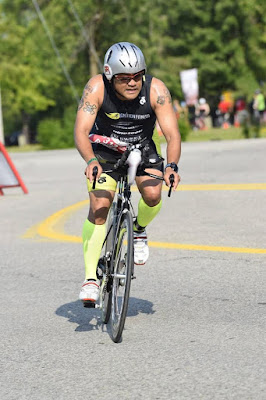 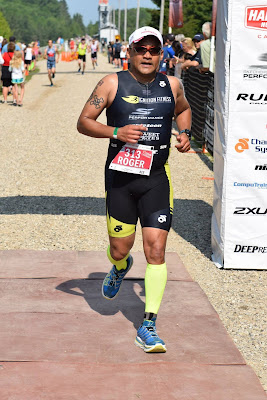 My foot was not in a happy place but with IMMT only 5 weeks away, I had to get in some running (which I had stopped after Woodstock) to let my foot heal. I wore a pair of Hoka’s which allowed me to get as much cushion and reduce impact as much as possible. 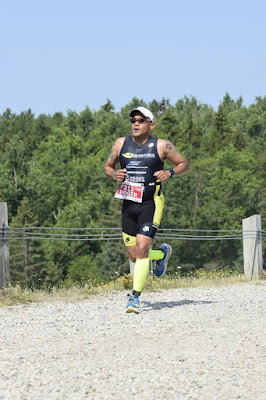 I ran easy and finished the run in 26th, I rode well last year (50:36) – finishing 6th overall. In my injured state, I was not expecting the same this year but wanted to use the race to get a good sense of where I was at. I had a solid ride to move myself into 12th, and even though the foot felt slightly better it was still painful but I managed to negative split the run (I love the run course at Belwood) but still got passed by 4 people to finish 16th – I really wasn’t going to smash myself to finish a few spots higher and have to put my foot in a worse place.

Once again I had Garmin Vector pedal issues, so no power stats on the bike. Grrrr. 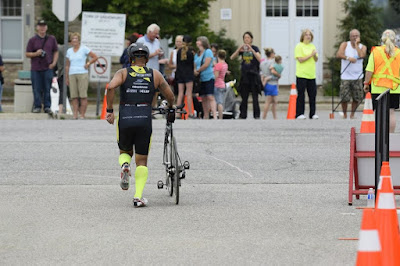 Heading out for the chase. 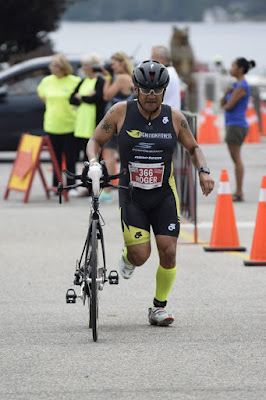 Back from a successful ride.

Finally a good race. IMMT was now 4 weeks away, but still not running, so this was my chance to unleash the run legs a bit. By the 1 km mark of the run, my right foot was done. I strongly considered ending the day right there and walking back. But I knew I was biking strong so I wanted to try out the new bike course. So continued plugging away and finished the run in 27th spot. Now it was time to do some passing.

The new course (due to construction on the old course) along Hwy 169 suited me perfectly. Steady grades and nice amounts of flats. 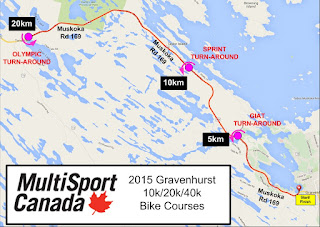 I whipped through the course with the second best bike split, averaging 36.4 km/hr). This allowed me to move into 9th. On the run, I checked out guys who might be my age who would be chasing me down and moderated my effort to the finish line. I could have claimed 9th but a woman ahead of me took a wrong turn heading into the park and went off-course. I shouted out and waited for her to get back and cruised into the finish (even though she sprinted to the line thinking I’d try to take her on…..no thanks). 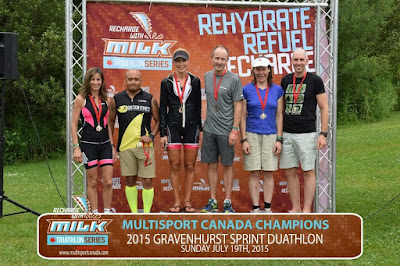