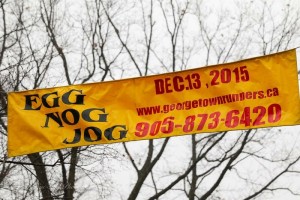 It’s the 33rd year for this race and the Georgetown Runners, the organizers, have it all figured out.  It started and ended in the Terra Cotta Conservation Area, about an hour outside Toronto, and was a 10.8km loop around the countryside.

I was not looking forward to this.  The forecast was rain; temperature hovering around 1*C, meaning what fell from the sky would be somewhere between wet snow and freezing rain but mostly rain. The weather channel never gets things right when it’s summer but when fall and winter get there they tend to get it right. But I didn’t care, I was going to pace and not race.

This would was to be my first race since my Scotiabank Toronto Waterfront Marathon back in October.  I’d taken quite a bit of time off due to an injury that happened a week after the race and I wasn’t sure how things would go.

You see, I’d run a marathon with my C5 out-of-place which meant I was an inch shorter on my right side which put a lot of strain on my achilles tendon and a section of my right foot.  So between going to see the Osteopath, massage therapy and acupuncture for the last five weeks I was now healthy and ready to get Running.  I had to start running or I was going to lose my mind. 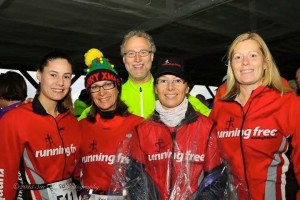 The day before the race texted my friend and asked her if She wanted me to run with her.  Sure she replied but I’m going to run slow.  No worries it’s my first time race since I started running after my time off so I’ll pace you 🙂

The day before my family and I went to go get our Christmas tree and while I was walking around looking for the right tree I realized that this would be my first race as a Running Free team member and I’d forgoten to pick up the running jacket..Ugh!.  I just couldn’t find the time to get to the store before they closed.

When I arrived there was lots of parking so no worries there! I  really had no idea how many people were going to show up.  I found a parking spot and made my way to the pavilion to pick up my race bib.  I also didn’t have time to pick that up either.

As I was looking around I found other team members so I talked with them for a bit.  Took some pictures and then my friend arrived we talked for a bit stayed warm and stayed out of the rain.  When it was time made our way down to the start line.

I will always love the start of the race the energy is electric, people are just chomping at the bit to get running,  people are taking pictures,  selfie’s, videos and doing strides staying warm.

The first part of the race was all downhill I was OK with that but I knew shortly after that it would be all uphill looked over to my friend Tara and said all right I’m gonna pace.   She said don’t worry about it if you want to go ahead if I’m too slow.   No, no I’ll stay with you and I did just that.  I also had a bit of fun taking photo’s  while running and at one point running backwards… 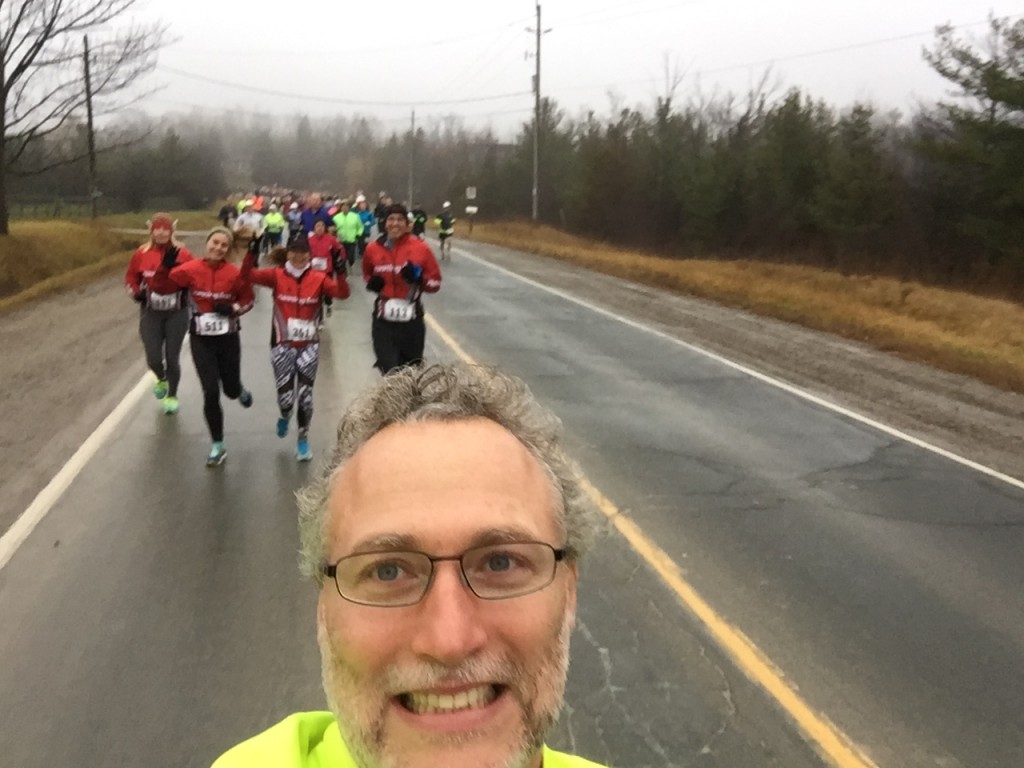 Terra-cotta is a great area the hills are steep the scenery is all country and I can’t give a single reason why, but I loved this race.

With all my training I’d done in the past it made a huge difference.  There was about 6.5km of rolling hills, with one big monster at the midway point.  We managed to run them all, except the first one and all of the monster.   I said lets run the flats and downhills and walk if your heart rate starts to get too high. 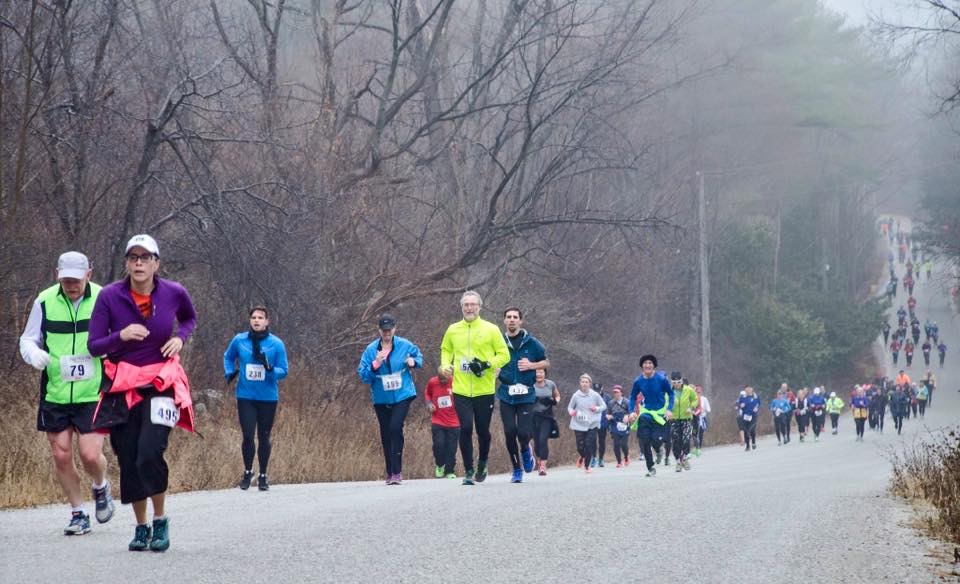 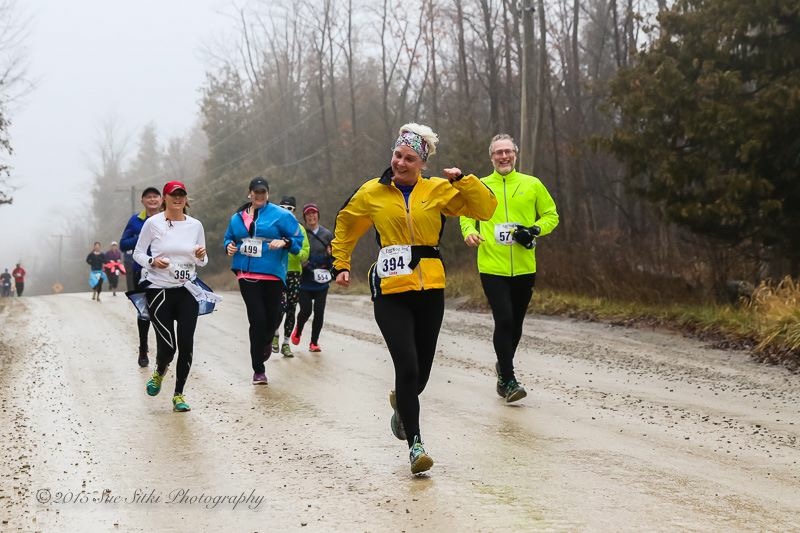 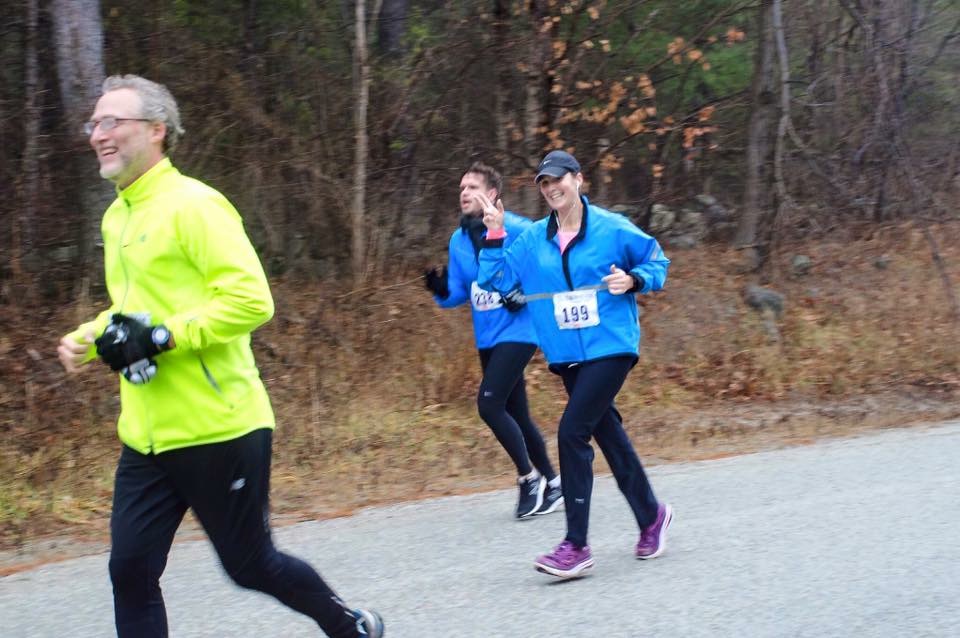 It was nice to be running again and running for the joy of running was what I was looking forward to.  Racing will come next year now was the time to help someone else.

Running the hills was really upping the heart rate so we slowed down a bit.  Other runners would fly by others was say hi and slowly pass.  It was really an enjoyable run but I one point I could tell Tara was trying her best to catch her breath.

Shortly after she said “David my heat rate is 188 we need to slow down”.  No need to give it everything yet we are only at the half way point.

the last 1km is ALL downhill so when we reached that point I yelled….”FREE SPEED”!! and down we ran 5:32 was the pace and Tara gave it all she had.  I pushed, yelled, pleaded and pushed her as hard as I could and BAMM She finished!  With a PB I might add.

10.8k finished in 1:04:35, which she was very happy about considering the conditions.  She ran 2 minutes faster than the last time so all was good.  She kept telling me that she might be sick, so I knew that she had nothing left….She ran a great race and I was so proud! 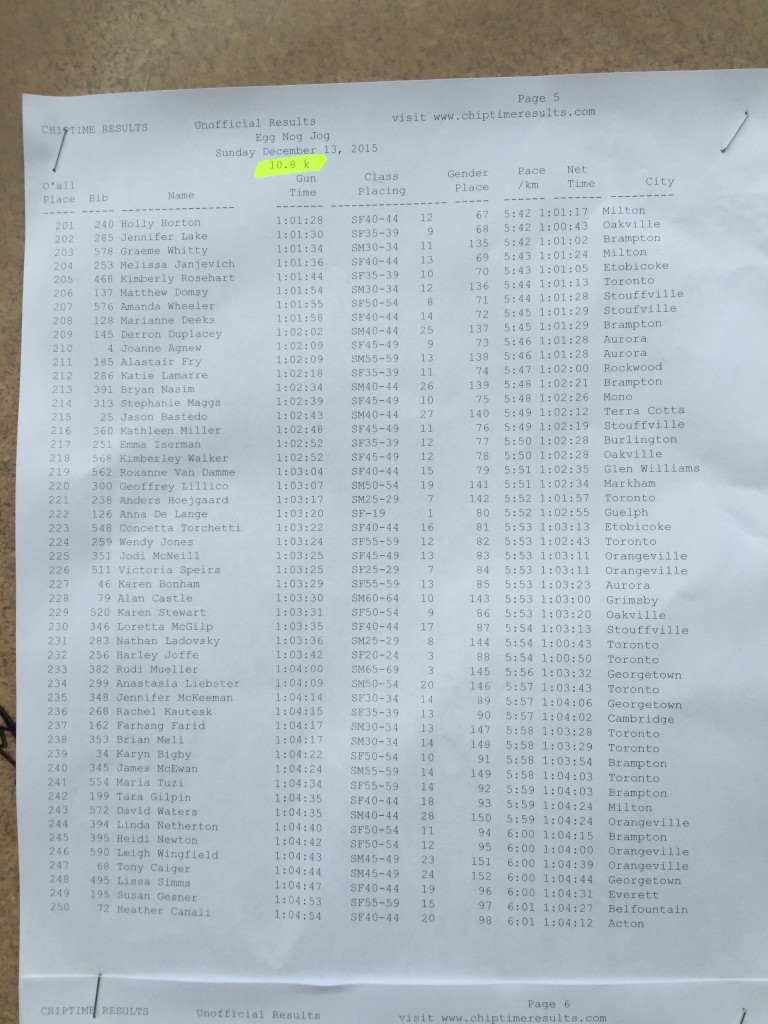 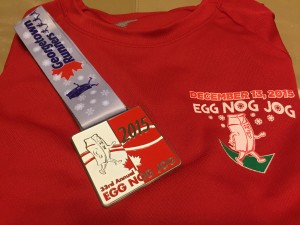 I had a great time, my foot didn’t hurt and that was a good thing.  I had an opportunity to chat with other friends I saw and the rest of my team members did very well!!!!

The race was very well-organized.  The swag included a long sleeve technical shirt, which I will actually wear this winter, even though it’s red, and a nice medal with the egg nog carton logo.  There was a huge heated tent for warming up post-race.  Food included the usual bananas and yogurt plus very good vegetable soup courtesy of the local Terra Cotta Inn it was also Gluten Free :).  Just the perfect thing when you’re soaked to the bone.  Chocolate milk and egg nog rounded out the offerings.  I heard there was coffee too, but I didn’t get to that corner of the tent.

View all posts by David Waters →