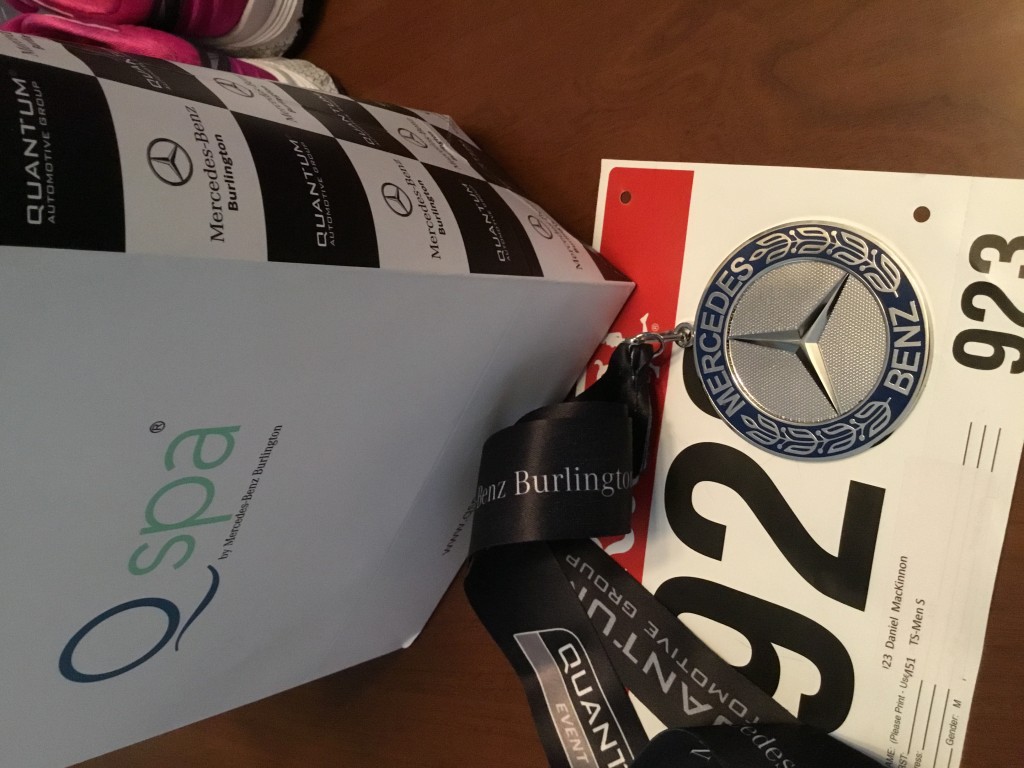 Flat and fast. The selling point of so many races these days. And I think the best way to be quickly forgotten. You remember the tough ones. And we will remember the inaugural edition of the Mercedes Benz Summer 5K.

This was a new race that would likely attract a little less competition. So the free Pearl Izumi shoes for age prizes sealed the deal. I was in on that point alone. And I would not have needed more convincing except for thinking: Damn I should race more often. Why? Because I can, and I should enjoy the gift while it lasts. (A tip of my cap to RF’s John Gardener).

The first and last km of the race are flat. However the 1.5 km climb up the King Road escarpment is a beast. Legs at full strength are a prerequisite – note to self for next year!

The gun sent me off way too slowly, with about a 4:00 km split. Another note to self – a 3:30 off the line would have been a better plan. I was saving it for the hill, rather I should have been attacking from the gun. And while I am making notes, perhaps I could have toned down my 60 km bike the day before the race? A new 40 km best time (34.3 kph), as well as breaking 7:00 for a 5k split (not once but twice – averaging 45 kph) left the legs a little drained for the hill. A little? 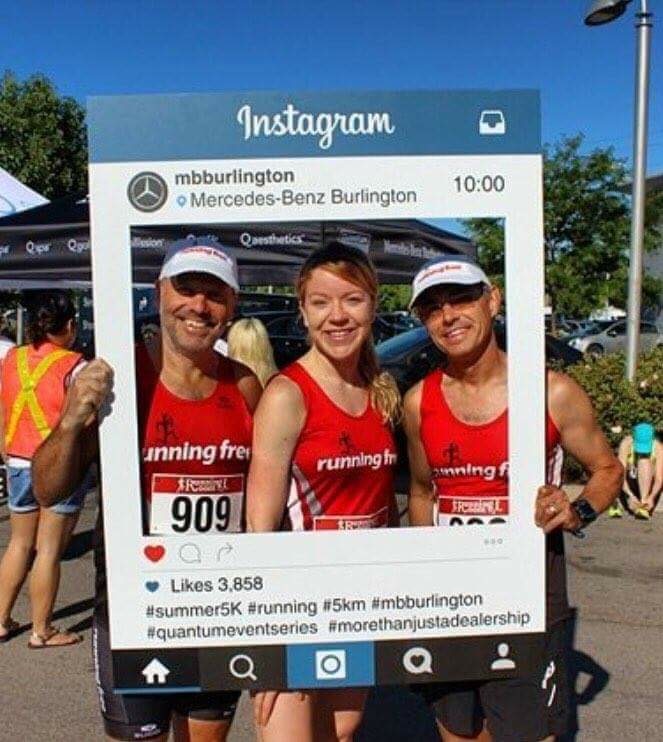 Ajax Running Free athletes Paul Langstaff and Nichole Gavin had joined me on the start line. They both dream of sub-20 PR’s and they are getting close. We all pre-ran the course for a warm up. Any kind of PR would be a hard sell, like the $200k sedans just inside the dealership! V12 bi-turbos anyone? Just what every runner needs for a course like this!

But no turbo for my race! With my tired legs, Paul and Nichole were right on my tail. They were thinking no way, should not be matching MacKinnon’s pace. And I fell victim to similar thoughts. I passed Jimmy Semes halfway up the hill. Jimmy has fairly consistent 18 minute 5k races, so I thought my effort was on target. Not!

The hill stole another 30 seconds and a fat 2nd km split of 4:30 was mine. My hopes of a sub 18 were dashed as were many others’ goal times and PR aspirations. But this race will never be about PR’s. It will always be about conquering that beastly hill and the very cool finishers medal.

After a sketchy turn back loop located in a gravel parking lot, the road tilted in our favour. Yes, a nice 3:18 split for km #4 was expected. But the drive to finish was missing. The last km in a 5k race should be a dance with the hurt monster, but I chose to be a wallflower instead.

Cruising comfortably across the finish line is not how to score results to be proud of. I left the door open and Jordan Taylor gladly took the M50-54 age prize by a comfortable 33 second margin.

Speaking of age prizes our Paul certainly had his heart set on those Pearl Izumi’s but the sight of me approaching the sign up area changed that. I get how it feels when the same fast guy in your age group keeps showing up. But to Paul’s credit he raced full out for himself, crossing the line totally knackered. A 180 bpm max heart rate! At 50 years old! He needed a few moments after the race to gather himself. I only needed a few seconds.

But to Paul and so many others out there I say this: Just keep coming out. Sooner or later you will have a really good day, and you will catch them napping. When it does, Carpe Diem my friends! Nichole got her due. No PR for her, but a free pair of shoes certainly made her day.

So I had my ego deflated and probably deserved it. First by Jordan Taylor who earned his age prize with a proper effort, then by Paul who schooled me on what racing with your heart is about. The fire inside has been lit. Last time you guys catch me napping for a while!

A lot to be taken from a tough little race. Next year I will return with a bone to pick. This race with its beastly hill is a keeper, as is the very cool finish medal.