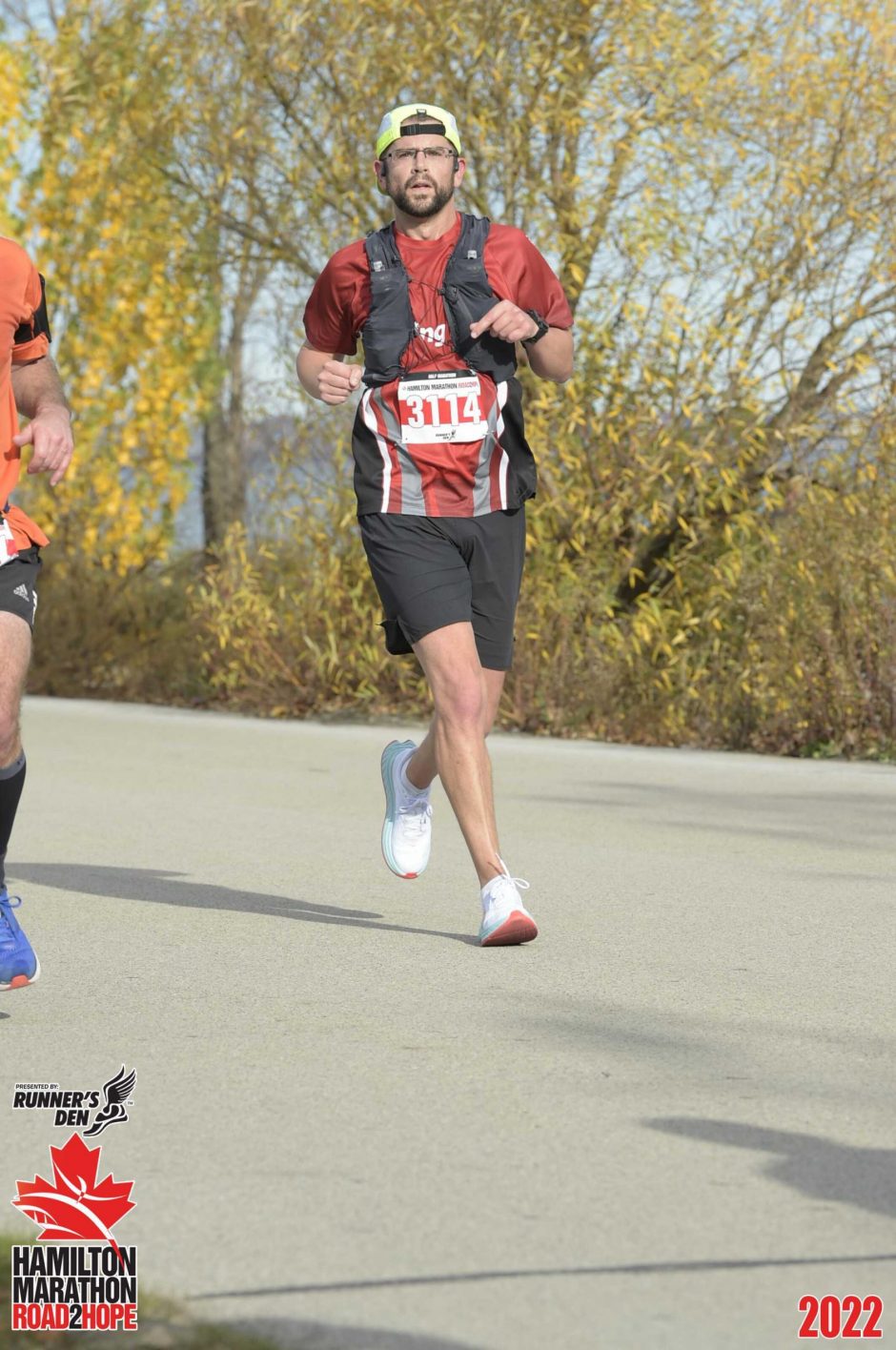 I was thrilled to have won an entry to this race in the Team Running Free 2022 Lottery. I could use the entry for any of the offered distances. I promptly registered for the full Marathon. Unfortunately, I later had to change to the Half Marathon; as I got hit with a 3 month Cluster Headache cycle; which made running during that time very difficult. My training was shot. I reached out to the organizers, and they were super understanding, and facilitated the distance change on my behalf. They were prompt with making the update, and replied to me with confirmation as soon as they had done so. Big thanks to them for this, as I am sure they had a lot going on while preparing for the event!

During the lead-up to the race; the organizers sent regular updates / communications. The emails were clear, to the point, and preemptively spoke to any questions that registrants might have. They introduced their race partners; and even offered an promo to sign up for free samples of the fuel that would be provided on the course (so that you could try it out before the race…smart!)

Race day came; and I headed to the event early. There was a bit of traffic heading in; which was to be expected. So, do give yourself lots of extra time to get to this and any event. Living in Scarborough, and the race being in Hamilton; I decided to do race day bib pickup. I was a bit nervous about this; as I typically don’t want to have to deal with anything outside of my control on race morning. But I was really pleased to see that there were only 2 people in line in front of me when I arrived for bib pickup. I had my bib, shirt, and bag within only a few minutes.

I headed to the portapotties, as I like to pee anywhere from one to fifty-two times before each race. LOL. There were lots of portapotties on site, and the line again, moved quickly.

The race started without any issues. The corals were sectioned off based on your finish time (self-sorted). I could hear Nic making the pre-race announcements, and getting everybody pumped up. And then we were off! On course organization was flawless. Lots of happy volunteers guiding and cheering along the way. Plenty of hydration / fueling stations en-route. The course was flat, fast, and scenic, along the lake for a good chunk of the way.

Post race; medals were handed out in the finish chute, and then racers walked through a tent with lots of food options (soup, bananas, chips, apples, and vegan-friendly protein bars.

Overall; the event was terrific. Absolutely no complaints. Everything ran smoothly from start to finish. I will definitely be back to race again! Thank you to the organizers for the entry, and for putting on such a solid event!

View all posts by Darren Gray →