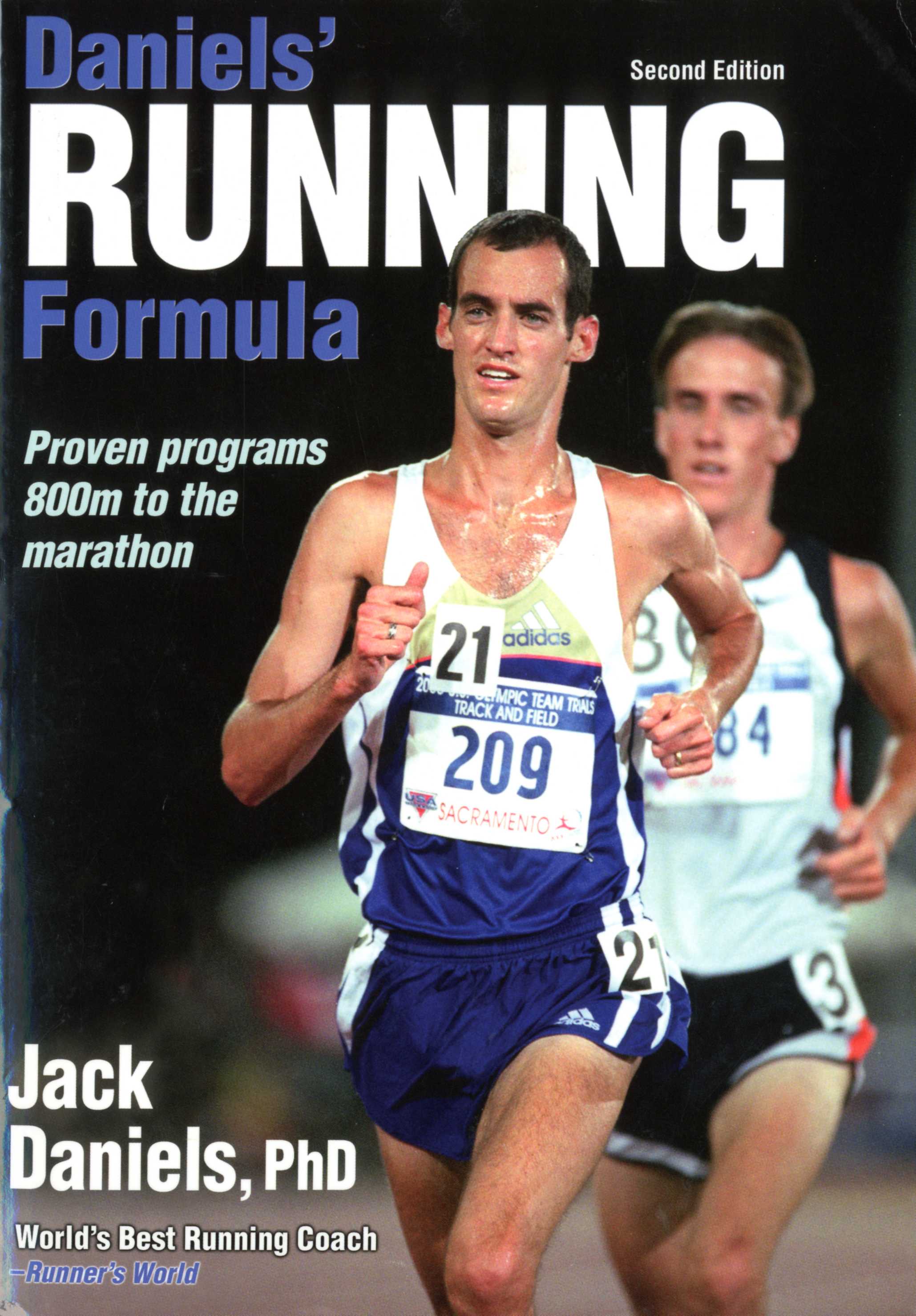 Without any question, this book has my name on it…

“If you are willing to listen, you can learn a great deal from successful runners, and something they all seemed to agree on is that a major key to success is to avoid injury and to immediately take care of the injuries that occur despite all precautions. In a sense, the runners we send to the Olympics are not necessarily our best runners, but they are very good runners who have avoided injury at critical times.”

“One of the most important aspects of reaching your potential as a runner is consistency – the ability to train regularly for extended periods with few setbacks along the way.”

“You should always be able to answer the question: What is the purpose of this workout today?” (PS. If you cannot answer that you are probably doing the wrong training.)

A straight line can be drawn from the Chilly Half Marathon of March 2013 to my performance at this year’s Hamilton Marathon (4th overall, 2:41:59). It was there in Burlington that we met a young fellow in his early 20’s named Josh Lumani. Josh had just taken 3rd overall in 1:10:00. Josh had only quit smoking and taken up running in late 2009. Yet in May 2010 he ran is FIRST marathon ever at Ottawa in 2:57:11 and then his SECOND marathon ever at Boston 2011 in 2:46:52. Who was his coach? Nobody. What training plan could possibly account for such incredible performances out of nowhere? Josh was more than happy to share his secret: It was Daniel’s Running Formula, by Jack Daniels, PhD.

Most of us have limited time to complete our training, yet we all wish to get absolutely the most return from our investment. Time and again, injury is the biggest impediment to achieving our desired performance and improving to ever higher levels. I have been there injured, and I also have watched many exceptional runners sputter along with chronic hurts. The key to highly successful training, then, is to avoid injury above all else.

But taking time off every time we feel a little twinge in our calf won’t get us there either. There has to be a balance of hard training days and recovery days, of workouts specific to our goal races, and training loads that are fully optimized. Daniels has done the research, validated the science, and tested it on hundreds of athletes. The results that his training tables predict are not “pie in the sky” numbers. They are entirely realistic provided the requisite training plan has been duly completed. Further, the training plans included in the book are tied directly to those performance tables.

The book includes detailed training plans tailored to almost every desired race distance, from 800 m up to the marathon. The plans also accommodate many levels of experience, from “training to complete” right up to world class elites. Each plan is tailored to the particular demands of each distance, and many of the quality training days are in fact simulations of the necessary elements required for race day.

It all begins in knowing what your VDOT is. This is a number that signifies a fitness level. At any one fitness level, an athlete is capable of achieving performances that can be regarded as equivalent no matter the distance raced. In essence, Daniels has simply put a number beside those performance tables and on-line calculators (such as McMillan equivalents) that we sometimes use.

For example, my best 10k race in the spring was 34:38 (going downhill). That is a VDOT around 61. An equivalent marathon performance at VDOT=61 would be 2:41:08. I just ran 2:41:59 in Hamilton. Hamilton had a downhill section too, but unfortunately the wind took it away. These tables work!

Another key aspect of injury-free training is knowing how fast each type of training session should be. My mantra has been “speed kills”. But more to the point, training at paces beyond your recommended limits will surely get you injured. The paces Daniel’s recommends are tuned to yield the largest benefit with the least risk of injury. Once you have your VDOT, then you can look up your recommended training paces. They are broken down into four main categories, and some of these should be familiar:

In large part I kept to the above limits during my marathon training and stayed healthy. Coincidentally, the only occasions where I had to tend to issues were after sessions that exceeded my limits. This system works!

Further, never, ever, ever go to the track again without first knowing your training pace and workout plan! So many of my previous injuries occurred at the track, and every time I was exceeding my speed limits. Ditto for tempo workouts.

For complete enlightenment, I strongly recommend reading through the entire book, as many of the principles are complimentary. However, it is quite acceptable to dive into the sections particular to your immediate interest, whether it is a 5k, a cross-country programme or a full marathon. Also, adjustments to programmes are often needed to accommodate mid-season races and other life events. The book has specific sections for this, including the inevitable – how to return after a major setback (injury). Seemingly every circumstance is covered.

The 2nd edition of the book was published in 2005. Since then, the science of running has progressed especially for the marathon where world record times continue to be rewritten. With that, I suggest there are few weaknesses that a third edition could address:

In the end, the proof is in the pudding. I used the plans, somewhat skeptically at first. Halfway into it I had thoroughly bought into it, but remained apprehensive of my predicted marathon result. Those who talked to me, can confirm I had been mentioning low 2:40’s for my goal marathon for months now…

Get the book. Train with it! Believe it, achieve it.