In February, my running buddies and I headed to Tampa Bay for the Gasparilla Distance Classic weekend. This race got its start way back in 1978 and thousands of people come out to it every year. It is actually spread out over 2 days – the 5k and 15k race are run on the Saturday and the half marathon and 8K are run on the Sunday. My group decided to participate in the Michelob Amber Challenge, which included the 5K, 15K and the half marathon.

I have to give the event team major props for a job really well done. From pre-race communications, to the expo, to race morning, everything was extremely organized and went pretty seamlessly.

Our home base for the weekend was the Westin Tampa Waterside, just a short walk from all of the Tampa Convention Center and the start and finish lines we’d be crossing in the following days.

We picked up our packets at the expo at the Tampa Convention Center on the Friday before the races. Because we stayed at the official race hotel, the Expo was just a short walk away. The packet pick-up was very easy, and the Expo had a ton of excellent vendors. I spent more than I meant to!

Oh – did I mention the SWAG??? Our race gear included two excellent technical t-shirts, a long sleeve and a special Amber Challenge jacket. I understand that the race was rebranded this year, and I have to say that I love the new design. The race shirts have quickly become some of my favourites. 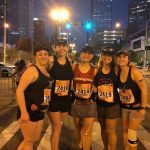 Here are a few notes about each of the races: 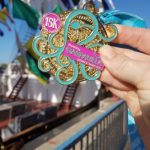 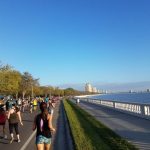 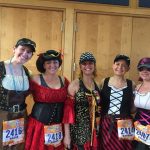 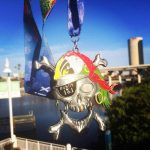 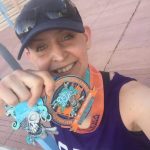 Overall, this was a great race to run. The course is awesome, the medals are GREAT, crowd support was incredible and the after party was fun. I would certainly do this race again!