why you (and i) need a real off-season …

this has been a banner running year in so many ways. BQ. first ultramarathon (56k). first trail race. first time

keeping vs. pushing the pace

April 5, 2014 No Comments on keeping vs. pushing the pace

this weekend i’ve got a run planned that i’ve not ever undertaken before. i’m helping to pace someone in a

March 25, 2014 No Comments on crunching the numbers

i’m more of a process over product kind of person. journey over destination. quality over quantity. people over project. which 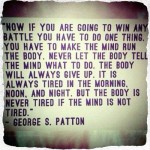 much ado about junk

they’re often referred to as ‘junk miles’, and many times come with a warning.  too many junk miles and you 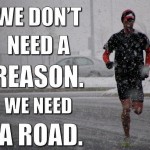 January 22, 2014 No Comments on You must be nuts! … an insight into winter running

BOOK REVIEW Without any question, this book has my name on it… “If you are willing to listen, you can

As the mercury starts to drop, the majority of the endurance sports’ season is now over and it’s time to

Well, I was the very lucky recipient of some amazing Gu products in this years Team Running Free lottery. I

Running Into the Sunset

Date: Sunday Morning July 22, 2013 What: 35k Training Run This could have been just any weekend in the life

The similarities between sport and business are well known. In both cases, doing things faster, differently or more efficiently can

If you’ve been inspired to clean up your diet, eat more raw foods, or simply replace more processed and cooked

If you are looking for the most effective and immediate impact on your health, your first stop should be daily

Purchasing a new bike – what to consider

February 18, 2013 No Comments on Purchasing a new bike – what to consider

In my 7 years as a triathlete, I have owned 3 triathlon bikes. During the purchase process for these bikes,

We have all tasted the typical post workout ‘recovery smoothie’ and reality is, most deserve the same description: ‘chalk.’ But

The Benefits of Group Running

November 23, 2012 2 Comments on The Benefits of Group Running