as cheap as i am, sometimes dollar-store quality just doesn’t cut it.

this is especially true when it comes to headlamp territory.

for the past few years i’ve lived on the edge when it comes to low-light visibility – aside from the requisite reflective material on my running jackets, pants and shoes, i’d not worn any kind of lighting system to alert vehicles (and the occasional unaware pedestrian – there’s a funny story behind that one …) of my presence on the road.  living dangerously, i know – but i’ve gotten by.

however, this year i started trail running in preparation for my first trail ultra at the Limberlost Challenge and while lighting wasn’t necessary for that particular event i did eventually need some kind of illumination for my one day of guide running for rhonda-marie avery as she navigated her end-to-end run of the Bruce Trail.  and as the summer faded into autumn, my trail runs with the Barrie Trail Running Club necessitated that i strap something to my head to at least assist others with seeing the footpath if not keeping myself from ploughing headlong into trees.

the one piece of lighting equipment that i did have (and used on a couple of occasions) was a cheap headlamp that my kids had for finding their way to and from their cabins at summer camp.  as previously noted it came from an econo-mart kind of store and probably put out the equivalent of 3 lumens (a lumen being the measurement of total illumination of a region/space).  it provided enough light to scare the boogeyman and other critters away but not enough to allow someone to propel themselves at any kind of speed down a footpath – at least not safely.

after some comparative study i narrowed my choices down to the black diamond spot and the princeton tec remix. i ended up selecting the latter based on weight, size of the lighting unit and reports that when packed in with gear the black diamond spot’s on/off button is easily triggered resulting in the lamp being on and batteries being drained.

i can tell you that i’m quite happy with this piece of gear acquisition.

the remix weighs in at a paltry 83 grams (powered by three AAA batteries), which makes a real difference when you’re bounding your way along dark roads or through the woods.  i definitely want to keep additional weight to a minimum as well as not having anything on my forehead forcing my entire noggin to wobble or encourage poorer posture than i already exhibit.

with a max projection of 125 lumens, it really can light the way for you – here’s a side-by-side comparison of our el-cheapo headlamp at maximum setting (left) compared to the remix’s max setting: 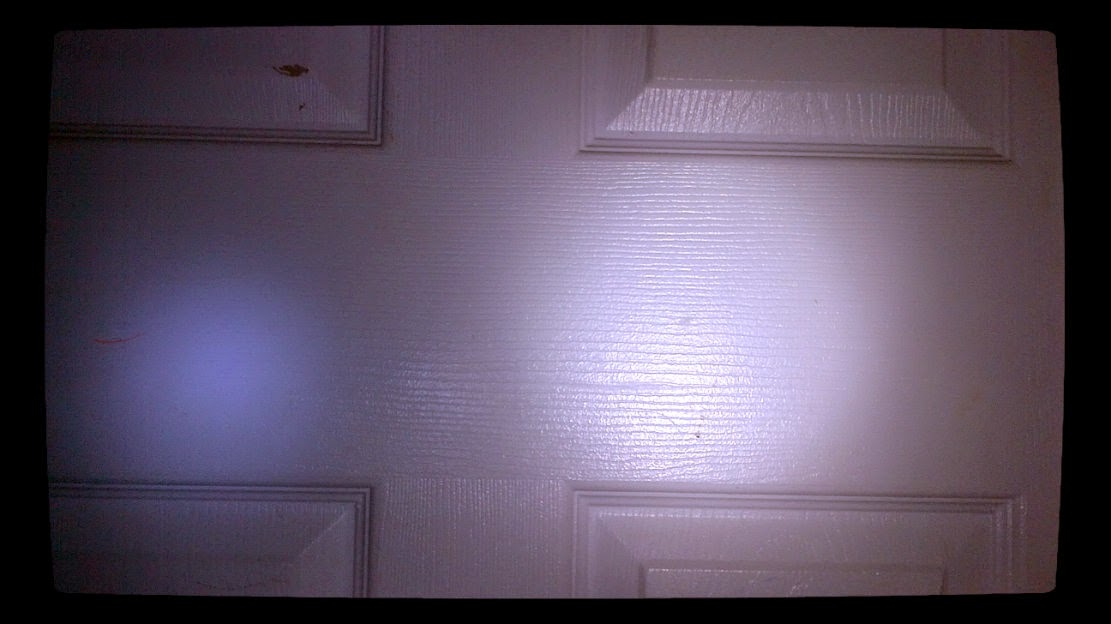 some other key features of the remix include the fact that it is water resistant (good for snow, rain and “quick dunkings” – but not deep-sea wreck diving!), and that it has multiple settings and intensities.  one of my favourite settings is the ‘high-beam’ version of the green LEDs, which for me simulates night-vision goggles (or some eerie episode of The X-Files). 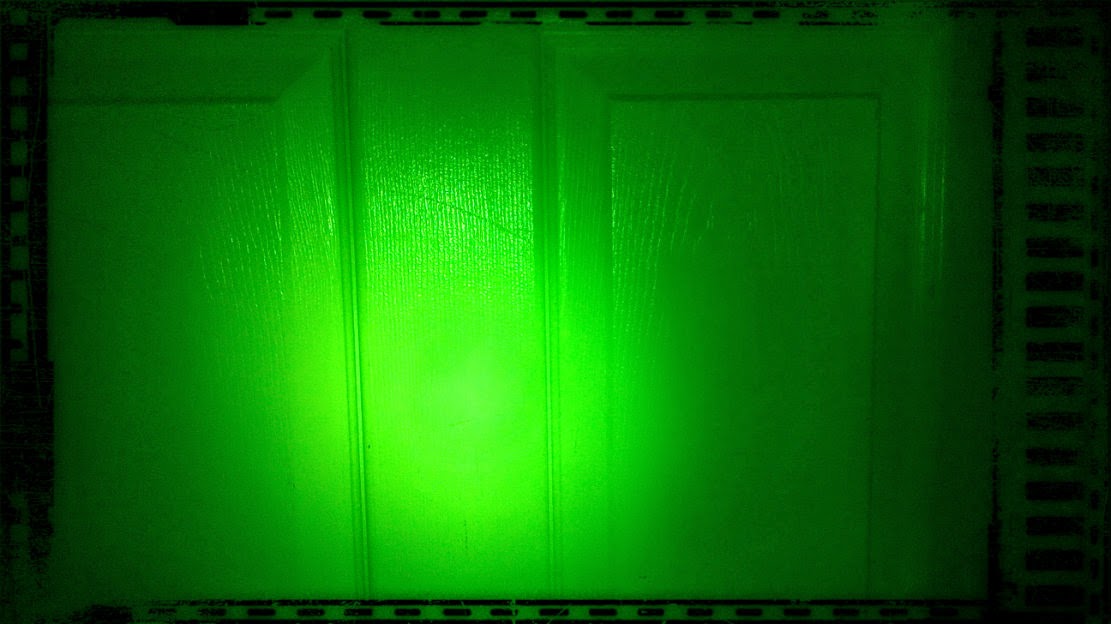 at about $43 CDN the princeton tec remix doesn’t break the bank either.  it provides a claimed beam distance of 73m for the max-bright white LEDs in the high-intensity setting and 51m in the low-intensity setting – plenty of distance to scout out the terrain in front of you unless you are running at mo farah velocities.

while i have no complaints about the remix, some people have dogged the battery compartment door as being shoddy workmanship, finding that it snaps off (i.e. breaks) easily.  i’ve opened and closed it several times now without any issue – we’ll see what happens if i have to change batteries after a polar vortex run.  the only ‘wish-list’ feature that i would have is for the remix to have a flashing/blinking mode.

here’s the quick talking-head version of my review: 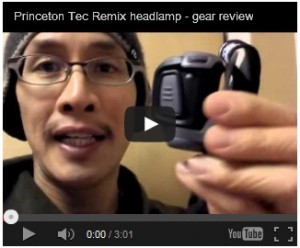 if you need some lighting to strap onto your noodle, i definitely believe that the princeton tec remix is worth your consideration.