On Sunday, August 7th I had the pleasure of participating in the Barrie Triathlon. The annual event runs along the

Registration for the 2016 Barrie Triathlon has just opened and to help you in planning your season, here is my

January 24, 2016 No Comments on Woodstock Triathlon

Best part? riding on the Gardiner expressway and the DVP. Worst? transition is a bit bumpy having to run across 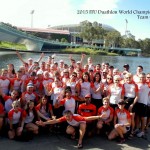 2015 World Duathlon Championships – Adelaide, Australia After my “double du” performance with back to back wins at Lakeside (the

My journey in triathlon started by watching Julie Moss crawling across the Kona finish line in 1982, and it’s only

If you’re looking to go long without the hoopla that goes along with an Ironman-branded race, Musselman is a good

Never trust a weather report! Despite dire predictions of rain overnight with thunder a possibility, race day for the 2015

For the past few years, I’ve used the Welland/Rose City Half Swim/Bike as my regular get ready for Ironman stop

With my right foot acting up with sharp pains with every step, at stellar open to the 2015 season was

Date: Sunday November 16, 2014 Note: In order to keep this concise, I am mainly noting points of interest regarding

November 9, 2014 No Comments on Banff Triathlon

Banff Triathlon  September 6, 2014 Last year I was reading Triathlon Canada Magazine and they had a list of the

Closing out the season at Toronto Island & Lakeside

September 30, 2014 No Comments on Closing out the season at Toronto Island & Lakeside

I felt quite pumped after Ironman Mont-Tremblant and was eagerly looking forward to racing at Toronto Island the week after.