May 9, 2016 No Comments on EC3D Compression and Recovery Gear

May 8, 2016 No Comments on SAXX Underwear Review

I had the pleasure of wearing this set of compression and recuperation socks and sleeves and they are great!

Do you run a lot? Do you like long distances? Both?  How are your legs for fatigue? Recovery? Have you

I won a credit for some ec3d gear in this year’s Team Running Free lottery.  To be honest, I had

November 2, 2015 No Comments on Balega Review

As part of team running free lottery I received the Balega sock credit. I went ahead and picked up a

Running is a rather simple pastime and sport in theory but gets complex in its execution. For all the gear,

I tried out the new Fox River compression socks this year, both the anklet and the ankle cuffs. I really

It’s hard to believe that Fox River has been producing socks for over one hundred years.  The products they produce are

Well, the cold weather is hear and it’s time to take out the winter gear for training.  Have been running

I won $40 worth of Fox River product in the Team Running Free lottery.  I have been using Fox River

October 24, 2014 No Comments on Fox River Socks – By Domenic Lonuzzo

If you’re like most runners, you have a drawer full of socks that you have collected over the years, but

A few years ago, CW-X introduced the Ventilator Tights and I just couldn’t quite wrap my head around running in 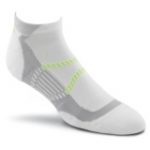 I recently had the opportunity to try several products from Fox River. Fox River make socks for just about every