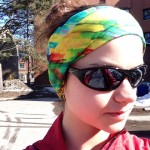 I recently won $40 worth of Fox River products through the Team Running Free lottery. I was able to get

Over the past almost 10 years, I have used Fox River socks for almost all of those years.  I tried

November 28, 2013 No Comments on Fox River Socks: Great socks from a great company!

The Fox River Acceleration Ankle sock for Women  have become a staple in my running wardrobe.  These lightweight, all-weather socks

November 24, 2013 No Comments on Fox River Socks…aka superheros for your feet

When I head out to buy some new gear, socks are not usually what come to mind.  I’d rather be

In 2009 I bought my first CW-X STABILYX TIGHTS, They still remain my oldest garment in my fitness and racing

I purchased the new Hi-Vis Beacon Jacket by New Balance. I saw this jacket on a poster at Running Free

I was given the chance to try out the CW-X Women’s Pro 3/4 tights. Here is what their website has

With this review, I believe I’ve now put every single CW-X tight to the test and you can’t go wrong

April 16, 2013 No Comments on The North Face Torpedo Jacket

The snow’s still around but things are starting to warm up with spring around the corner. TNF Torpedo Jacket has

April 16, 2013 No Comments on The North Face APEX Climateblock Tight

Something I love is winter running. I’m that person who can’t wait for the first snow fall, and the more

There is nothing better than an early summer run with the warm sun kissing your legs fresh from hibernation. The

I’m a sucker for all things compression, especially now that I’m getting older and I’m finding that my recovery needs