Team member Dan Piquette has a great review of *most things Gu here.  He did leave out Gu chews, so

Can’t say enough great things about my Kari Traa clothing items.  Whether I wear them for training or just as 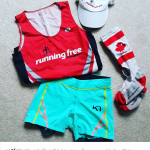 September 27, 2017 No Comments on Saxx The Best Men’s Underwear!

I was lucky enough to win the Saxx lottery this year, and I could not be happier.  With my lottery 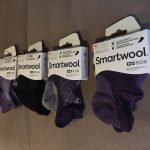 My sock supply had started to dwindle, so I was absolutely thrilled when I won a credit towards SmartWool products

The Oasis Toronto Zoo Run is an annual 5k/10k/kid’s race that takes place in and around the Toronto Zoo. This

On September 9th I participated in the Lakeside Sprint triathlon near Woodstock Ontario.  It consisted of a 750 m swim,

On August 6th I participated in the Multisport K-Town Triathlon for the 3rd time.  It is a 750 m swim,

One Bag to Rule Them All – Locally and Internationally – Zoot Ultra Tri Bag 2.0

September 6, 2017 No Comments on One Bag to Rule Them All – Locally and Internationally – Zoot Ultra Tri Bag 2.0

One Bag to Rule Them All – Locally and Internationally Triathlons require gear. Two pair of shoes (cycling & running)…

Hi everyone, through the Team Running Free Lottery I won the Addaday prize.  I’m an endurance runner and I enjoy

Through the team RF lottery I won EC3D compression socks. The socks and sleeves may be a bit hard to

May 23, 2017 No Comments on GU Nutrition Roundup Review

GU energy labs, based out of California, creates nutrition products for almost every category, including gels, waffles, electrolyte and recovery

Compression calf sleeves always grab runner’s attention, they are colorful, warm, and claim helps you run fast. Personally, I have

This is further review of the Addaday Type C roller comparing it to other common massage tools out there. Warming

March 3, 2017 No Comments on Kahtoola MICROspikes

http://kahtoola.com/product/microspikes/ This winter I decided to hit the trails running, but my trail shoes alone just weren’t cutting it. After

December 4, 2016 No Comments on Buying Your Currex Insole

I have been using currex insoles for a number of years and I love their product. Just like