Yes, that is the name of the race: That Dam Hill. It runs in London, Ontario. This is a great

September 6, 2017 No Comments on (Much Overdue) Toronto Goodlife Half Marathon Race Report

Divas Running Series Run Like a Diva Half Marathon

July 25, 2017 No Comments on Divas Running Series Run Like a Diva Half Marathon

The Sulphur Springs Trail Race is an annual event hosted by the Burlington Runners in Ancaster, Ontario. 2017 marked the

June 27, 2017 No Comments on Toronto Women’s Half Marathon

This race was on May 28th, and I was hesitant to sign up for it as a goal spring half

On Sunday March 5th I did my first race of the season, the first of about 9 events that I

The Spring Run Off 8k course is truly diabolical. After 7.5k of hills, you are treated to The Hill –

There are a number of great things about this race. Its mid-March timing feels like a great spring opener. Achilles

(Repost from my blog > http://bit.ly/mikecywan-ATB2017Recap) “Everyone was glad to see our own version of heartbreak hill back in the

March 16, 2017 No Comments on Chilly Half Marathon (Burlington)

The Chilly Half Marathon was on my bucket list for several years, but given I never raced in the winter, 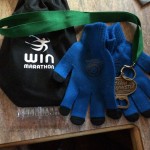 This was a second-year event in the annual Whitby Running Series that is headlined by the WIN Marathon. There was